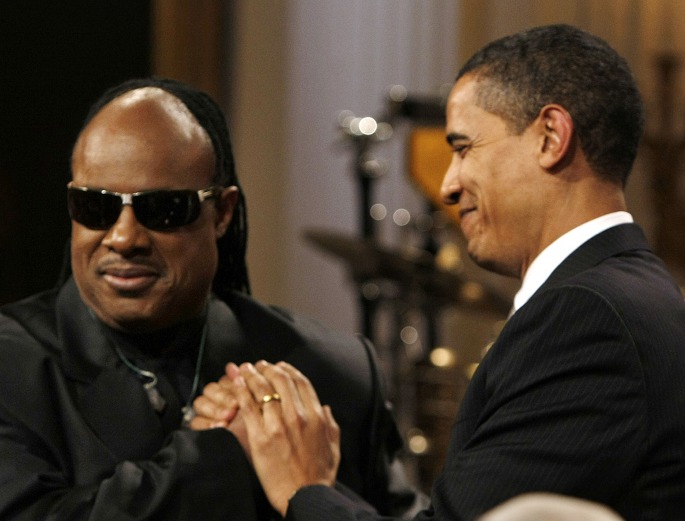 As if you need reminding, Tuesday will see America take to polls, and Stateside electioneering has now reached fever pitch.

Ohio, of course, is one of the crucial battleground states in what looks to be a photo-finish election, and both candidates have subsequently ploughed time and resources towards campaigning in the state. Reports from Cleveland.com, however, suggest that this flurry of activity hasn’t necessarily brought the crowds out.

At 10.30am Saturday morning, soul legend Stevie Wonder took the headline spot at a get-out-the-vote event at Cleveland State University. Despite the megastar billing, the event allegedly only mustered a crowd of approximately 200 people. The show was intended to encourage people to vote early, with Wonder urging people to cast their ballots mid-set: “I do a song. You go vote. You come back. We do some more music”. Those present, however, suggest that the meagre crowd stayed put, with shuttle buses designed to cart audience members to the polls leaving without a single passenger.

Obama for America Ohio, the organisation behind the event, allegedly only started promoting the event on Twitter at 10am. A subsequent show in Cincinnati on Sunday went off much more successfully, summoning a crowd of over 15,000 people.