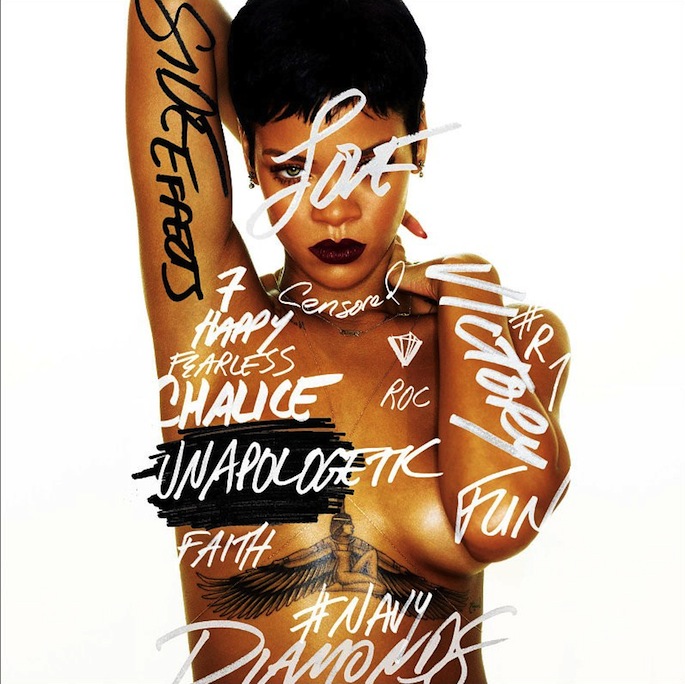 The pop star collaborates with her ex-boyfriend, among others, on her new album.

The relentless Barbadian singer posted the handwritten tracklist for Unapologetic via Instagram, and the biggest “surprise” is that it features Chris Brown, her generally infuriating ex-boyfriend and convicted assaulter. The album also includes contributions from Eminem, human autotune Future, and Clams Casino-collaborator Mikky Ekko.

In addition to standard and deluxe versions, the album will also be available in a “Diamonds Executive Platinum Box,” due out December 11 for $250. According to Spin, the “art piece” includes a T-shirt, seven art-print lithographs, a vinyl of ‘Diamonds’ remixes, a branded 2GB flash memory drive, various stickers, a “handwritten personal note,” a 40-page booklet of lyrics, and — if that wasn’t enough — a ViewMaster stocked with previously unreleased 3D Rihanna images.

Rihanna will release Unapologetic, her seventh album since her 2005 debut, on November 19. Stream lead single ‘Diamonds’ below, which is followed by the tracklist.