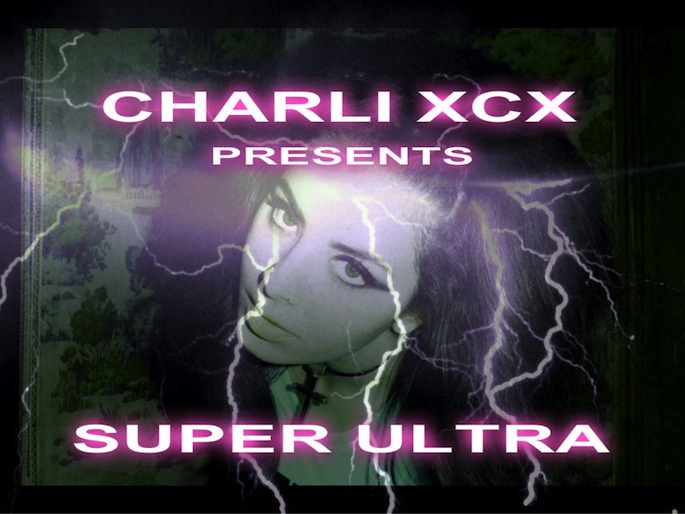 The rising alt-pop starlet re-imagines a host of songs for her “totally raw” mixtape.

Hertfordshire’s Charli XCX is the latest English singer-songwriter to mingle with the producers of electronic music’s leading edge (but in a completely different way than, say, Jessie Ware).

Charli presents the Super Ultra mixtape, which was written “whilst [she] was driving around in a car in Poland.” An “intense experience,” she explains that “all the songs are about love. Sometimes it’s stupid love and sometimes it’s heartbreaking love. It’s about being confused.”

“I cried a lot whilst making this mixtape, which is funny because some of the songs seem quite light-hearted and a bit… I dunno… Gangster,” she confesses. “To me they’re all sad songs in some way though. Some songs were inspired by moments in movies – like DANCE 4 U was inspired by the opening scene of Planet Terror, where Rose McGowan does the pole dance. I think that’s a really sad and desperate scene. It makes me cry when I watch it.”

Still, she doesn’t want the experience to be a dreary one: “I don’t want people to be sad when they listen to SUPER ULTA… I want them to be happy, and I want them to dance. No one dances in this town anymore.” The mixtape features her reworkings of tracks originally by Art of Noise, How To Dress Well, Sinjin Hawke, Jakwob, and Baths, among others.

Download Super Ultra now; the tracklist is below. Charli recently cancelled her UK tour to focus on finishing her debut record, which is due out early next year.