“I was locked into this electric forcefield…” Damian Lazarus on the genesis of Day Zero, the rave to end all raves 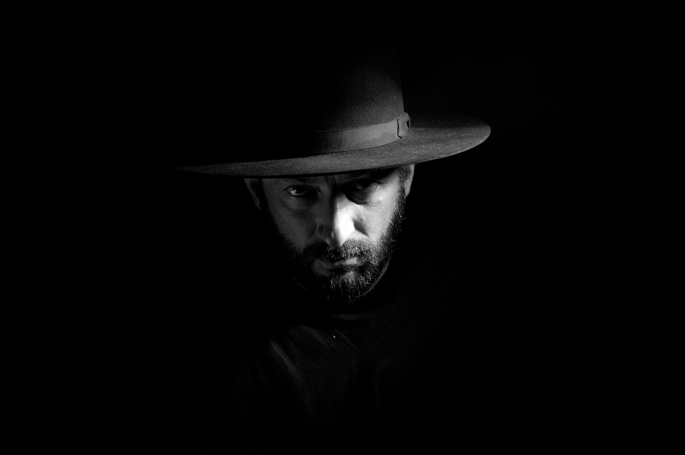 As previously reported, Damian Lazarus and friends will celebrate the “cosmically significant” date of December 21 with an epic 24-hour party in Mexico. They’re dubbing it Day Zero.

December 21, 2012 was believed by the Mayans to signal the end of the life cycle. Not the apocalypse, but rather, in Lazarus’s words, “the beginning of a new chapter.”  The Crosstown Rebels boss’s celebration of the occasion takes place at the stunning Playa Del Carmen site in Mexico, and boasts a suitably monster line-up featuring the likes of James Lavelle and Massive Attack’s 3D (playing a special collaborative DJ set), Totally Enormous Extinct Dinosaurs, Jamie Jones, Art Department, Trentemoller and many, many more.

To herald the event, Lazarus has put together a mix, entitled Day Zero: Sound Of The Mayan Spirit. It’s officially released by Crosstown Rebels on December 3, but for a limited period you can download it free here.

We spoke to Lazarus about the genesis of the event, and his aspirations for it. For further information and to book tickets for Day Zero, visit dayzerofestival.com.

“The universe was sending a very powerful energy through my hands, arms and entire body, and I was locked into this electric forcefield…” 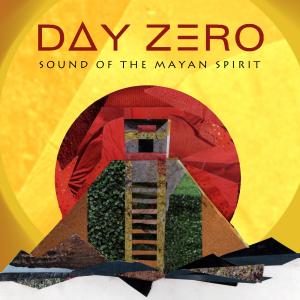 How on earth did Day Zero come about? When did the idea come to you and what’s the process of bringing it to fruition been like?

“Back in January I had something of a cosmic experience which led to me creating Day Zero. I had been told by a Shaman that I needed to place myself underneath the moon with my arms raised towards it for one hour between 10 and 11pm in order to draw power from the Universe. And so one night my friends and I were hanging out on the beach in Tulum and I decided to give it a go.

“With my legs apart and feet digging into the sand, I raised my arms to the sky and within seconds I felt the strongest sensation: the universe was sending a very powerful energy through my hands, arms and entire body, and I was locked into this electric forcefield. And finally when I let it go after some 15 minutes, as it was so strong, I fell to the beach exhausted. I re-joined my friends and everybody could feel a bizarre heat coming from my hands hovering over them. They told me that it was a sign and I needed to realise what it meant – with Mayan ruins just further along the beach to where we sat, I decided there and then to create Day Zero.

“Day Zero has been on my mind every day since. It’s tough but fun work organising an event of this nature but I’m very lucky to have a great team of people around me working on this. There is a lot of love and good vibes surrounding this event so whilst it makes me frightened of the scope of it, I feel very positive that we’re going to pull off a once-in-a-lifetime event.”

“The whole thing for me is an attempt at making a dream come true.”

Tell us a bit more about the location, and what’s being done to it to make it special for Day Zero.

“I discovered this incredible place shortly after, along with some friends who run Sacbe, an eco/artist community in the jungle in Playa del Carmen. Our location for the event has three pyramids, two lakes and four swimming pools – it feels like stepping back in time with the Mayans to the 10th Century. This place is so beautiful it just felt like the perfect place to celebrate the end of the Mayan calender with 24 hours of the best electronic music in the galaxy.

“We’re working with Secret Productions who create the Secret Garden and Wilderness festivals in the UK and with one of the world’s leading video mapping/visual designers, Sila Sveta from Moscow. We have invited Mayan elders and their families from Mexico and Guatemala to join us and lead our ritual processions and ceremonies during the event. The artwork was brilliantly conceived by Ana Rifa and the incredible animated film on the website by David Terranova.

“The people helping us on the ground with logistics and organisation are friends who run another very successful festival and the stage designers have been friends of mine in Mexico for some years. The whole thing for me is an attempt at making a dream come true, it is a very ambitious event and I’m confident we’re about to make some very special magic happen.”

“I like to think the signs for positive progression are all around us, and that we just need to notice and realise them.”

Do you believe there’s some kind of transformative power or special energy that’s going to be unleashed on the occasion? How does the event align with your own spiritual beliefs or sympathies? What does it mean for your personally?

“On this day there will be a very rare alignment of the planets. We’ve been feeling the energy leading to this moment for a while now. 2012 has already been looming in our consciousness for some time and many people around me have been talking about their recent life-changing experiences. It feels like we’re on a path to something new, something as yet undetermined, but it feels like a positive force is guiding us there. The mystics and soothsayers believe we are about to enter into a new dimension, a new chapter – others believe this is the apocalypse, the end of the world. I figure that whatever may or may not happen at this moment in time, what better way to spend it than with amazing friends from all over the world celebrating, dancing and enjoying life together for 24 hours to a soundtrack perfectly orchestrated to take us to this next stage.

“I believe this is an amazing opportunity for us to come together and take stock of our lives, our loves and set about on a new, better journey from here. I’m not a spiritual person in the hippie/yoga sense but I like to think my life is being guided by the stars and the planets, I like to think the signs for positive progression are all around us, and that we just need to notice and realise them.” 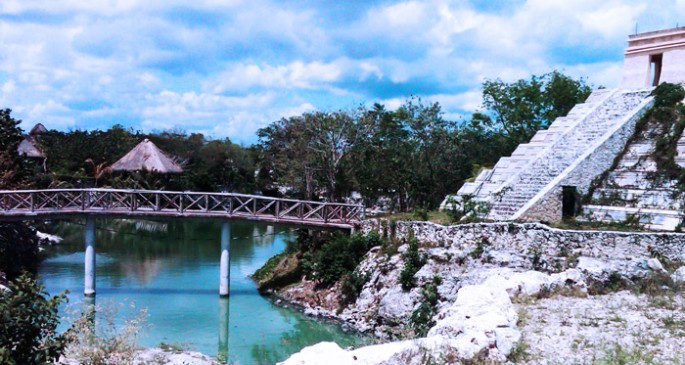 Presumably you’ve never looked forward to a set as much as the closing one at Day Zero? Have you been planning it quite rigorously or is your approach going to be more intuitive? What kind of sounds can the revellers expect from it?

“I think the Day Zero – Sound of the Mayan Spirit album is a very good starting point for where I will take this closing set. I asked friends, producers, to create a track based on the culture of the Mayans; the sounds and the theories, the spirits and the mysticism surrounding these intelligent peoples who read the cosmos and mathematics well before we had the technology to do so. Every track is a gem on this album but for the closing set at the event I’ll try to create something unique – this year I soundtracked the solar eclipse at the Symbiosis festival and the sunrise at Burning Man, and Day Zero offers me the opportunity to follow what I created already for those. I’m very excited about it.”

“This is certainly a very exciting time for this sound and the great thing is it’s simply house music, the music that has never died, has constantly evolved and promises to grow and grow in popularity.”

Aren’t ordinary raves and club sets going to feel pretty underwhelming to you after this one?!

“You know I have had one of my busiest years ever, DJing at parties, and it never ceases to amaze me that I don’t ever get bored of playing music. I feel a very close connection with all the music I select, both as a DJ and running Crosstown Rebels, and I treat each party I play with a fresh spirit, whether it be in a cave, in a warehouse, in the desert or at an afterparty. But yes, you do also have a point, this party is going to be very special.”

You’re fairly settled in the States these days, right? Does it feel like home to you now? Do you feel like there’s a different attitude or energy in the air, specifically when it comes to mounting events like this?

“I’ve been living in LA for four years now and since I’ve been here there’s been a massive shift towards our blend of underground electronic music. Clubs are getting better, festivals are getting bigger. Our Get Lost parties have been pretty huge in the US and look to be even bigger and better next year, this is certainly a very exciting time for this sound and the great thing is it’s simply house music, the music that has never died, has constantly evolved and promises to grow and grow in popularity over the next years. Unfortunately, as I said, I’ve been so busy this year that I’ve spent very little time actually at home; I’m hoping to be able to adjust this in the near future.”

“I created a dream line up, like a fantasy football team but for DJs…”

Tickets for Day Zero are very affordable, by British standards anyway. Was it important to make this event as accessible as possible?

“Being a friend to many Mexicans we felt we should find a figure that works for people without making a huge hole in their pockets. Playa del Carmen is not a particularly cheap place to get to for our friends around the world also. I like the idea that for so little money people will experience the time of their lives with artists like Massive Attack and UNKLE, Trentemoller, Totally Enormous Extinct Dinosaurs, Jamie Jones, Art Department and the rest of the crew that are playing across the two stages. Day Zero is a very unique event, with a very special low price to get you there.”

How did the line-up come together?

“I created a dream line up, like a fantasy football team but for DJs. I reached out to all those people, there were just 2 artists/bands on that original list that were not able to join us. I was actually really sad about both of those because I felt they would have brought something very special to the event but I ploughed on and managed to get everyone else to take part. I feel that if this event goes well we could take Day Zero forward from here to other places of interest; places of natural beauty connected to a spiritual or some kind of cosmic importance and so there may be time to grow and build on this new thing we are creating.

What are your hopes and fears for the event?

I hope all my dreams are fulfilled and I fear I don’t lose my mind and everything I have because I have been fearless in making this thing happen. Day Zero is one of the most important things I have ever done in my life and I hope together we can create a moment in time that we will remember for the rest of our days.