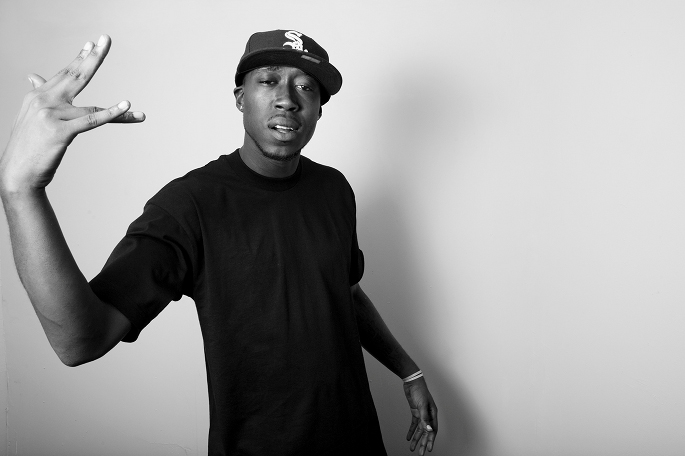 Gibbs recently stopped by his hometown of Gary, Indiana to film a music video. A behind-the-scenes clip, available to watch below, has hit the web, and it shows a local police officer participating in the shoot. Patrolman Jason Johnson appears in the clip in full uniform, as does a crew member boasting “We’re smoking weed with the police outside”. Johnson’s squad car also features prominently in the clip, with Gibbs sitting on the hood and rapping to camera.

Johnson has subsequently been severely reprimanded for his behaviour. His police vehicle has been confiscated, and he has been demoted to working in the garage whilst superiors investigate the incident. The story made the front splash of regional paper The Post Tribune, leading to following rather excellent Tweet from Gibbs: “I thought it was election today? Why am I on the front page? The city of Gary comin at my head.” [via Exclaim]

Following on from this year’s Shame EPs, Gibbs is currently working on a collaborative full-length with Madlib.