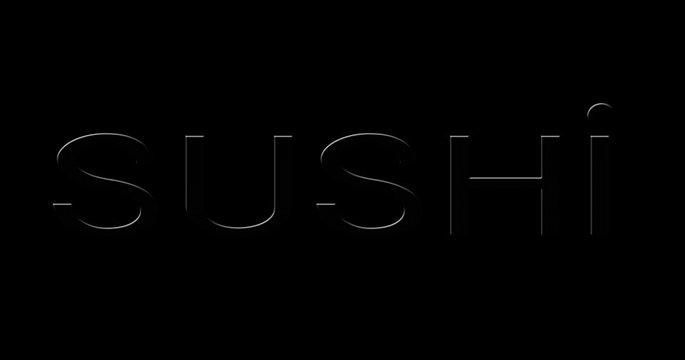 Since his early days with The Skaters back in the mid Noughties, Ferraro’s cheap’n’cheerful dispatches from the hinterlands of pop culture have continued to confound. After his wildly prolific 2007-2010 run of cassette releases, Ferraro excelled himself with 2011’s wonderful muzak pastiche Far Side Virtual. Subsequent transmissions as Bebetune$ and BODYGUARD, meanwhile, have seen him knocking contemporary hip-hop tropes out of joint.

New LP Sushi is his straightest release in a while – like a sashimi platter, it condenses Ferraro’s various interests over the last few years into a series of accessible bite-sized packages. Ferraro borrows from Far Side Virtual‘s tinny sound palette, but leaves that record’s conceptual baggage the door; Silica Gel‘s ambient impulses are present and correct, but Sushi is substantially punchier. In Ferraro’s words: “Sushi is designer, Sushi is my obsessions, my darkness, it’s just my life squeezed into my music”

Sushi is due on digital now, and will drop on CD and LP on December 10 through Hippos In Tanks. Click below to listen, courtesy of Dazed Digital.