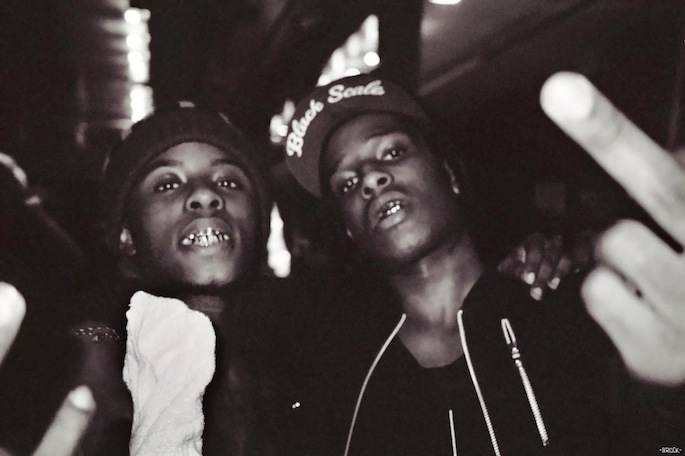 Tensions between the two youthful crews erupt in Miami.

While like-minded rappers A$AP Rocky and Spaceghostpurrp had collaborated to great effect in the past, their respective A$AP Mob and Raider Klan crews had a falling out this summer. Unfortunately, what originally was an online war of words has devolved into someone more violent.

Complex reports that Spaceghostpurrp was arrested by police outside Rocky’s show last night at the Fillmore in Miami (in the heart of Raider Klan turf). After exchanging taunts on Twitter, Spaceghostpurrp and his crew rushed the A$AP tour buses. An “altercation between over 30 members of the Klan and A$AP Bari” ensued, with A$AP Nast also involved, to a lesser extent.

Spaceghostpurrp was then arrested by police but not taken in by police; no one was seriously injured. Twitter user @sneakerheaderic captured a few shots of SGP in handcuffs, but no footage of the altercation has surfaced. Reminisce about happier A$AP/Raider relations with Rocky’s syrupy, SGP-produced ‘Keep It G’.

Update: Spaceghostpurrp has taken to Youtube to post “da proof,” which is a poorly-shot, flip-phone shot clip worthy of WorldStarHiphop. It sounds like gunshots going off, but we can’t really hear over the camerawoman’s repeated cries for “dad.”