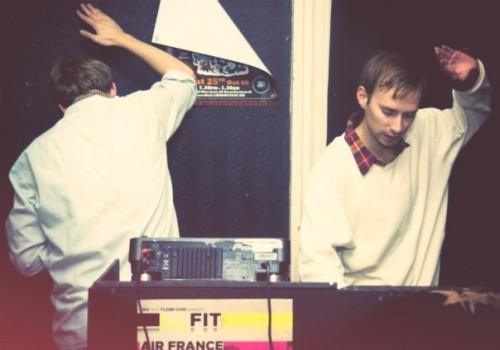 The work of the team behind European imprint Something in Construction, Demand Vinyl will launch with a subscription singles club. The subscription spans 10 7″ singles, each pairing a track from a more established artist with a newcomer (one of which will be picked via a competition, and will be invited to record the track at Beggars Group’s studio), with the promise of “new material, collaborations and covers”. The singles come housed in a personalised deluxe box [via Pitchfork].

Perhaps most exciting is the news that one of these singles contains material from Air France. The Gothenburg-based group split up earlier this year following several well-received EPs and singles and numerous aborted attempts to record an album. Whether their contribution to Demand Vinyl’s series is a new track or an unreleased number recorded before the group’s break-up is at this point unknown, but here’s hoping.