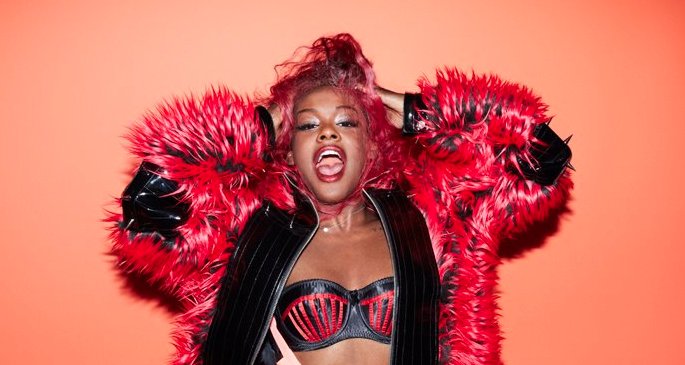 Azealia Banks’ ‘Atlantis’, plucked off her Fantasea mixtape, has got a seriously gaudy new video.

Fafi’s eye-frazzling clip sees the Harlem starlet riding a vector whale, surfing on stingrays and wiling out with a pair of minotaur horns. It’s not for the faint-hearted, but as technicolour clusterfucks go, it’s good messy fun. The OWWWLS-produced track, meanwhile, plays like Buraka Som Sistema via Not Not Fun.

As reported, Banks has been working with Lady Gaga and Kanye West. Debut album Broke With Expensive Taste is due on February 21.