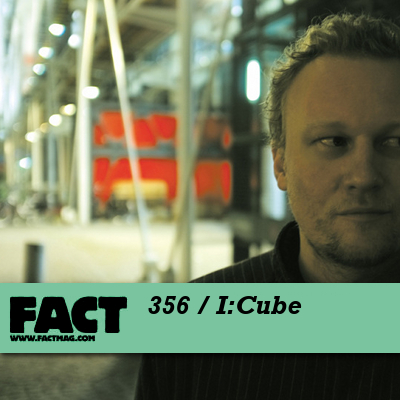 This Spring saw French veteran I:Cube – a contemporary of Daft Punk’s, who debuted in 1996 – return from the wilderness with one of the year’s stand-out dance albums.

Despite its title, “M” Megamix isn’t a mix CD – instead, it’s an album that draws on the off the cuff, onto the next one feel of hip-hop albums like Madvillainy to try and create a dance music full-length that flows as well as a DJ mix. Most tracks are around two minutes in length, with no intros or outros – they arrive fully formed, hit you hard, and don’t overstay their welcome.

As I:Cube told FACT in a recent interview, “the dance album has always been a kind of paradox, it’s not at all what dance music’s about – it’s about tracks, they’re put together for one night, in one context, such as a club or party. That’s when it makes sense, it’s with the people, the soundsystem, the DJ obviously. This format was a way to escape that trap.”

As well as tackling the problems with dance music and the album format head on, “M” Megamix showcases I:Cube’s diversity, and it’s a theme that extends to his FACT mix. Simply recorded on two Technics 1210s and a mixer, Cube delves deep, drawing for some of the oddest house, techno and classical records around. No tracklist here spotters, and don’t expect any help from us – mostly because we don’t recognise a damn thing.