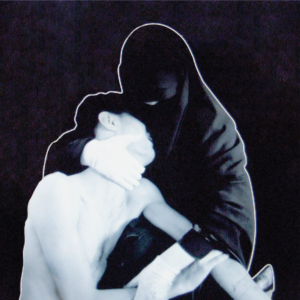 In an interview earlier this year, Crystal Castles producer Ethan Kath said of the band’s upcoming album (III): “There’s no departure. We like how we sound. We don’t wanna change.” However, he changed his tune as the year went on. “We wanted the new album to sound like a completely different and new experience,” Kath said in a statement, “We’d limit ourselves to one take on each song because we believe the first take is the rawest expression of an idea.”

The last part of that statement is instructive: Kath’s first take on the album’s unchanged sound is the most accurate expression of truth. It turns out that reports about the band’s decision to adopt a “strictly no computers” rule, update their keyboards and synths, and record directly to tape are much ado about nothing. The same can be said of the themes of oppression and dystopia that singer Alice Glass promised would dominate the album; since when haven’t those themes loomed large in the world of Crystal Castles?

The throughline of the Crystal Castles discography begins with the neon and napalm of their 2008 debut: a paranoid, claustrophobic exploration of dance punk, heavy with chiptuned glitches and pneumatic synth-pop rhythms. 2010’s Crystal Castles was simultaneously more chaotically industrial and more focused on melody: if Crystal Castles songs are icy, then their sound grew from the brittle cracking of frost to frozen slabs of arctic ice shelf.

(III) picks up where their last album left off, starting with the wall of sound ‘Plague’. Alice’s shriek of “Infants in infantry / Rewrite their history” is one of the few nods to the album’s revolution-referencing artwork: a stark reworking of an award-winning photograph of Yemeni woman Fatima al-Qaws cradling her son, Zayed, who had been injured in an anti-government protest. The similarly maximalist ‘Wrath of God’ buries their glitch/trance affectations in the mix, opening to reveal orchestral strings, twinkling piano, and — most surprisingly — a glimmer of hope.

The album is at its best when Kath discards the electro-pop, four-on-the-floor rhythms that have dominated the Crystal Castles oeuvre, beats that were already staid on their last album. Songs like ‘Kerosene’, ‘Affection’, and especially ‘Pale Flesh’ surge with hip-hop inflections, an approach embraced by spiritual descendants Purity Ring. ‘Kerosene’ also finds Glass at her most decipherable and tender (“I’ll protect you from / All the things I’ve seen / And I’ll clean your wounds / Rinse them with saline”) as Kath goes heavy on the Pretty Hate Machine synth pads.

The second half of the album is less concerned with experimentation. ‘Sad Eyes’ recalls the gothic trance of ‘Baptism’, and those looking for the industrial thrash of previous efforts will have to settle for the yawning static of ‘Insulin’. And while there are some interesting elements in the trio of ‘Transgender’, ‘Violent Youth’, and ‘Telepath’ (namely crisp, dancefloor-ready BPMs and tape-melting uneasiness), the songs are nearly indistinguishable from each other and barely alter the formula of some of the band’s earlier songs.

The album closes strong, however. ‘Mercenary’ surges and sways, powered by a rumbling bassline, even if its melody resembles that of ‘Sad Eyes’. By the title alone, the song I was most looking forward to was ‘Child I Will Hurt You’, and the gauzy, beatless, and meditative closer (reminiscent of the shoegazing ‘Tell Me What To Swallow’ that closed their debut album) does not disappoint.

Kath’s diametric comments encapsulate the strengths and weaknesses of (III), while also pre-empting criticism of it. No, the duo has not strayed far from their air-tight formula, a sound and aesthetic that they’ve established over a nearly decade-long career. But for a band that has relied so much on the violent and the macabre, the minor adjustments are enough to keep Crystal Castles vital. In running time and number of songs, (III) may be their shortest album, but it’s also their most cohesive personal statement yet.