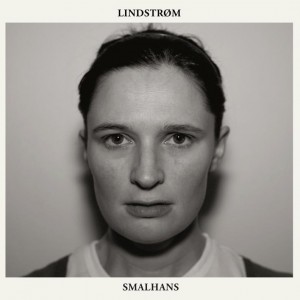 Lindstrom’s Six Cups Of Rebel, released earlier this year, was a courageous record. It saw the Norwegian nu-disco auteur – always something of a risk-taker compared to many of his peers – give free reign to his wilder impulses, resulting in a prog-inflected studio fondue the like of which has rarely been heard this side of the mid ’80s. The results were fascinating, if a little lumpen. But Lindstrom’s clubbing faithful were, understandably, given pause for thought: was this the end of the more straightforward dancefloor fare on which the producer cut his teeth? Would Lindstrom LPs become increasingly knotty, difficult affairs, symbols of a retreat into inaccessible studio solipsism?

Smalhans, recorded directly after and released within a year of Six Cups Of Rebel, appears to be a placatory gesture towards those fans – as well as an acknowledgement that our man isn’t burning any bridges when it comes to past stylistic terrain. The six tracks on offer are each named after an item of Norwegian cuisine, and though the titular dishes vary from salted meat to sugary desserts, the flavour palette here is remarkably narrow. In fact, this record is the opposite of Six Cups Of Rebel in almost every respect, favouring tunnel-vision focus over sprawling, proggish breadth, reliable dancefloor mechanics over more nebulous structuring, and pristine synths and drum machines over banks of live instrumentation. Put simply, it’s possibly the straightest album Lindstrom has yet put his name to – a fact which works overwhelmingly in its favour.

The basic recipe is established quickly and efficiently: each track takes us down a subtly different iteration of Moroder’s cosmic superhighway, an expansive place where rich, glossy synths – analogue, sure, but steely and futuristic rather than fuzzy and homespun – coil and arc over a dependable disco thump, outlining hall-of-mirrors chord progressions that seem to loop seamlessly back on themselves with endless mechanical grace. The effect is almost unfailingly pleasing, equal parts ‘I Feel Love’ and Mario Kart 64’s jubilantly trippy Rainbow Road, simultaneously a kitschy nod to disco-past and a gloriously direct entreaty to the modern dancefloor.

Todd Terje’s mixing nous, applied to all of these tracks, surely plays its part, injecting them with some of the relentless, dancefloor-vivifying optimism of his anthemic ‘Inspector Norse’. The appeal of those chugging, all-embracing melodics is practically impossible to deny, as evidenced in ‘Raakost’ and ‘Eggedosis’, two of the strongest tracks here, both of which have already appeared in single form: the former coasting luxuriously, the latter slightly meaner, its crunchy bassline leaping over subtly asymmetrical time signatures.

Other delights include the excellent ‘Vossakorv’, whose bouncy refrain is subjected to a brilliantly vertiginous breakdown, a glam Shepard tone for the dancing masses. Granted, by closing two tracks ‘Faarikaal’ and ‘Vafler’ you can sense the limits of the formula being reached, as familiar tics – spiralling chord progressions, grandiose breakdowns – begin to recur. Still, why tinker with a formula which is so thoroughly, persistently satisfying? When times are lean, Smalhans contains just the sort of shamelessly calorific dance music that we should be thankful for.