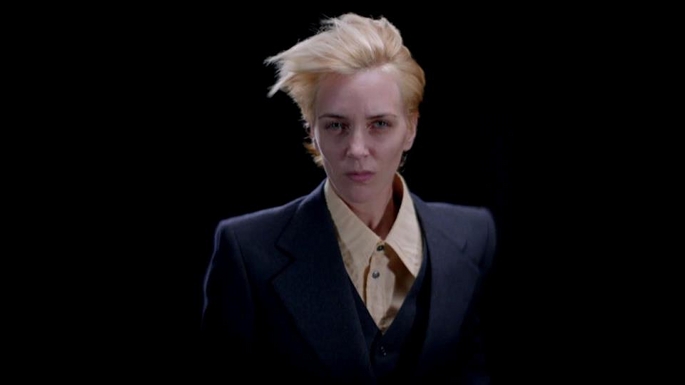 The Man Who Fell To Earth meets Alice Through The Looking Glass in a hagiographical Bowie tribute from the Soulwax camp.

Dave is the 23rd part in the Belgian combo’s ongoing A/V series for their always-on Radio Soulwax. Directed by Wim Reygaert, the feature-length Dave follows a gender-bending Bowie lookalike as they  swan through a series of surreal set-pieces. It’s a beautifully presented retro odyssey – thoroughly pretentious, but good clean fun nonetheless. The film premiered yesterday at the Curzon Cinema in Mayfair, and is available to watch in its entirety over at Dazed.

In the words of the press release, the film is “a fever dream about his life and career. Reality gets mixed up with stories and elements from his music and lyrics in a way that is only possible in films. In the dream, Dave is a private eye who can travel through time. His mission is to track down and exterminate all other versions of himself. If he fails, the world as he knows it will cease to exist.” Head here to enjoy the lunacy.