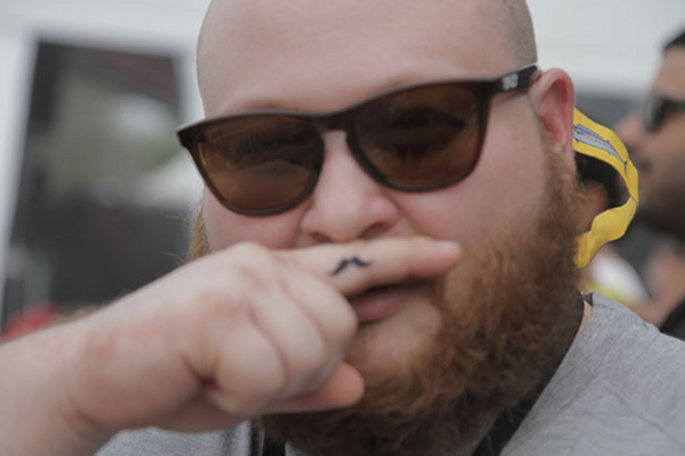 The eagerly anticipated team-up from the Bronx MC and the legendary beatsmith is here.

Action Bronson is joined by the Alchemist on the exploitation-themed Rare Chandeliers mixtape, featuring appearances from Black Hippy’s Schoolboy Q, Styles P, Dilated Peoples’ Evidence, and Roc Marciano, among others.

We’re just listening to it now, but expect plenty of the vivid, Ghostface-ish imagery we’ve come to expect from the hypersexual gourmand. Download the mixtape now and stream it below via Vice’s Noisey blog.