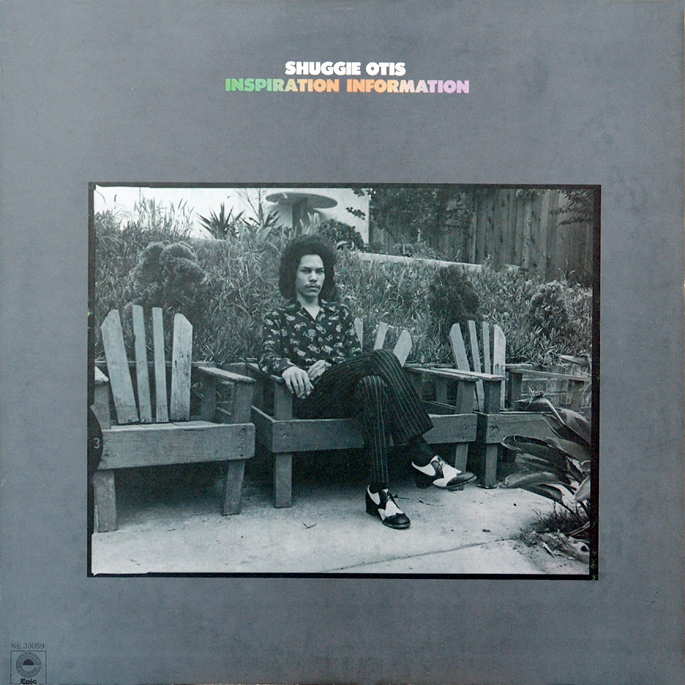 Shuggie Otis, one of the most adventurous soul singers of the 1970s, is to have his masterpiece reissued in a very special deluxe edition.

Although something of a marginal figure, Otis is responsible for one of the most gratifying bodies of work to emerge from the early 1970s soul scene. His best known songs (‘Inspiration Information’, the peerless ‘Strawberry Letter 23′) have endured, becoming rare groove touchstones. Flecked with elements of psych and breakbeat, his work is hugely prescient, and stuffed with neat tics and tricks. For a man of his talents, Otis’ discography is, however, lamentably slim: following on from his 1969 debut Here Comes Shuggie Otis, the singer only released two more albums – 1971’s breakthrough Freedom Flight, and 1974’s Inspiration Information – before effectively retiring from the business of making albums.

In April, Epic Records/Legacy Recordings will reissue an expanded reissue of Otis’ career-high Inspiration Information. Although the disc has been reissued in the past – David Byrne’s Luaka Bop imprint put out a new version of the LP back in 2001 – the new version comes with a pretty undeniable treat: an unheard 14 track album titled Wings Of Love. The bonus LP features material recorded by Otis between 1975 and 2000. As per the earlier reissue, the expanded Inspiration Information will also feature four tracks not found on the original LP.

Otis is also heading out on a tour of North America, a jaunt which includes stop-offs in Seattle, Chicago and New York. Peep below to check the dates. [via Exclaim]