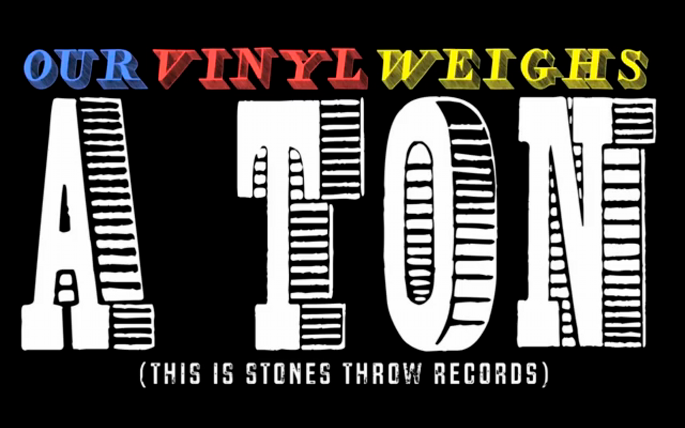 Since 1996, the L.A. label has proven itself to be one of the classiest, most adventurous West Coast imprints in the game. The label have a host of hip-hop gems under their belt, including works from Madvillain, Oh No and J.Rocc. They’ve also got an ear for more slanted fare (James Pants, Dam-Funk), and they’ve done some fabulous reissue work, notably Bruce Haack’s Farad: The Electric Voice. As Prefix report, a new crowdfunded documentary will delve into the label’s history.

Our Vinyl Weighs A Ton (This Is Stones Throw Records) will document the genesis and development of the imprint. The film promises to include unseen video from the archives, home video footage and a host of interviews with key players in the label, including boss Peanut Butter Wolf. According to director Jeff Broadway, the film will also focus on the relationship between one-time collaborators Peanut Butter Wolf and Charizma (who, sadly, was killed in a robbery in 1993).  Most enticingly, Stones Throw regular Madlib will produce the soundtrack, a copy of which will be available in the DVD/CD box set edition of the film.

Those who donate will get one of a host of Stones Throw goodies in return – depending on the level you give, you can pick up a Quasimoto toy, original Madvillain artwork specs and a customised skateboard. Head to the Kickstarter page to donate; a trailer is below.