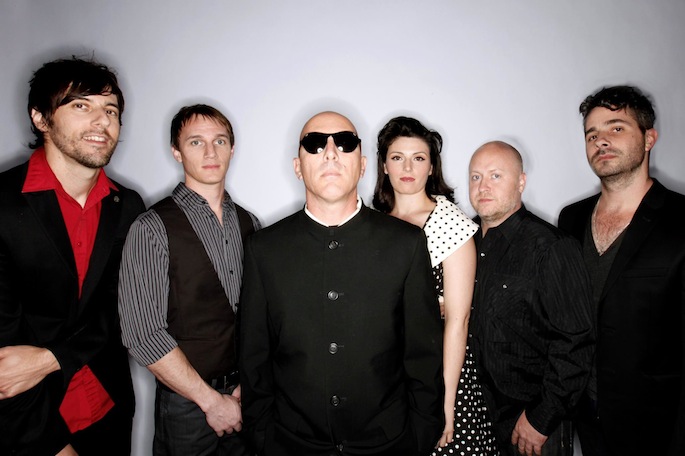 The Tool/A Perfect Circle frontman returns to his “creative subconscious” side project.

Puscifer allows Maynard James Keenan to explore his experimental side, venturing into everything from industrial-rock to trip-hop with an absurdist, comical edge. The band will release the follow-up to 2011’s Conditions of My Parole, the Donkey Punch The Night EP, on February 19.

“While continuing our tradition of releasing a few new songs at a time, I also had an itch that needed scratching, and that itch was ‘Balls To The Wall’. Which was followed by an even harder to reach itch known as ‘Bohemian Rhapsody’. And scratch them we did,” Keenan says via press release.

Along with those Accept and Queen covers, the EP is rounded out by two originals and remixes from Drumcell, Big Black Delta, Sonoio, and FACT mixer Silent Servant. In addition, Puscifer will tour internationally in 2013, playing Lollapalooza’s Brazilian and Chilean editions, as well as in Australia. The video for ‘Conditions of My Parole’ follows, along with the Donkey Punch The Night tracklist and the band’s tour dates. [via Antiquiet]