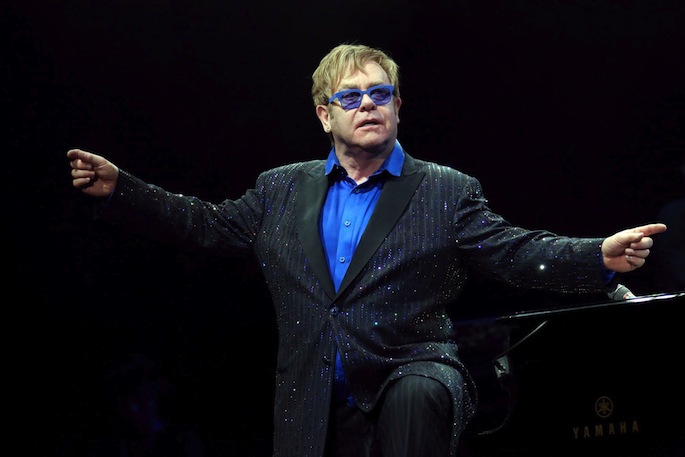 The Rocket Man dedicates his concert to the controversial dissident to “expressions of shock and a wave of murmuring.”

According to The New York Times (based on reports from The Associated Press), Sir Elton dedicated his Sunday night show “to the spirit and talent of Ai Weiwei.”

Ai Weiwei is a contemporary, multimedia artist who has been a vocal critic of China’s government. Last year, he was jailed for 81 days without being charged, and has been denied permission to travel to the United States for a career retrospective in Washington.

Unsurprisingly, John received “no applause, only expressions of shock and a wave of murmuring” after making his remarks just moments into his two-hour show. He had met briefly with the artist before the concert, who posted a message on his Twitter account saying he was fond of Elton.

The Times points out that the Chinese government exercises strict control over live shows, requiring detailed set lists in advance. This practice has gotten more severe since Björk’s pro-Tibetan independence remarks at a 2008 Shanghai concert.