Nick Cave & The Bad Seeds to release Push the Sky Away in February: stream a trailer video inside 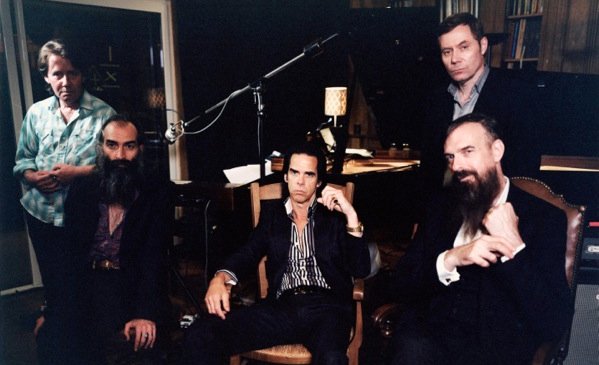 Nick Cave and the Bad Seeds will release a new album, Push the Sky Away, in February 2013.

Described by Cave as “new in an old school kind of way”, a press release sent out for the album explains that its songs “took form in a modest notebook with shellac covers over the course of almost a year. The notebook is a treasured analogue artefact but the internet is equally important to Nick: Googling curiosities, being entranced by exotic Wikipedia entries “whether they’re true or not”. These songs convey how on the internet profoundly significant events, momentary fads and mystically-tinged absurdities sit side-by-side and question how we might recognise and assign weight to what’s genuinely important.”

Push the Sky Away represents the first Bad Seeds album since 2008’s Dig, Lazarus, Dig!!! (though Cave has, of course, released albums with his other group Grinderman in this time, as well as re-recording ‘Where the Wild Roses Grow’, his famous duet with Kylie Minogue). The album was produced by Nick Launay and recorded in La Fabrique, a “recording studio based in a 19th Century mansion in the South of France, where the walls of the main studio are lined with an immense collection of classical vinyl.”

The album’s lead single, ‘We No Who U R’, will be released on December 3. You can watch a trailer for Push the Sky Away here: