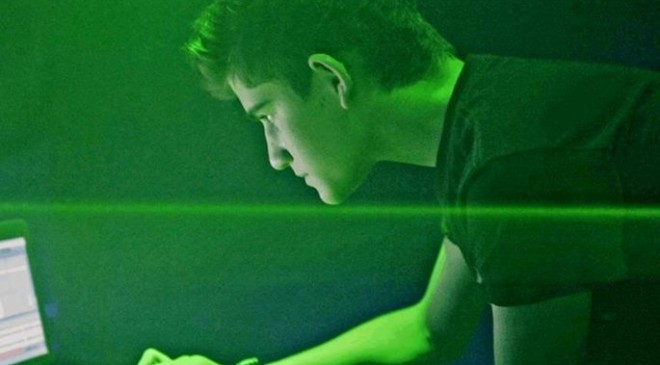 The Surrey group’s woozy electronic pop last got an outing on 2011’s fine NYC Stuff And NYC Bags. They return in early 2013 with the Seabed LP, and if early transmission ‘Dracula’ was anything to go by, the band are on more melodic form than ever. Teenaged techno producer Happa has given that track a makeover – and it’s a gnarled, bolshy reinterpretation.

Happa’s still a very green producer – his debut 12″, Beat Of My Drum, only dropped about a week ago on new label Church – but he’s already done some high-profile work, notably remixing Four Tet’s ‘Jupiters’. His ‘Dracula’ refix is a very different beast to the original, all jackboot kicks and eerie metallic clanks. It’s definitely one of the scruffier things he’s put his name to, and augurs well for whatever the young gun comes up with next. Click below to enjoy the first stream of the track.