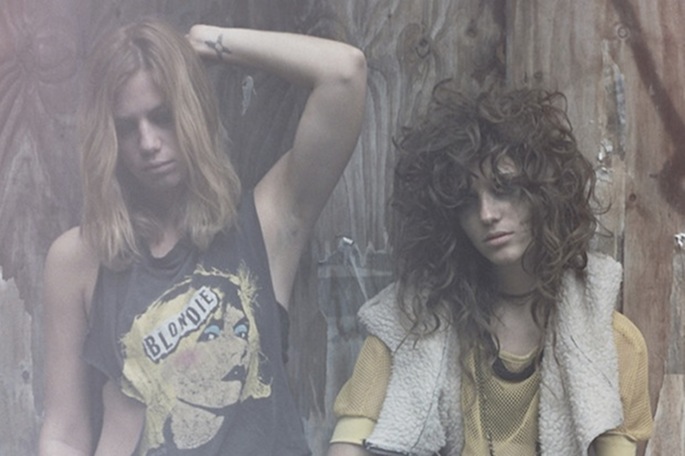 The Brooklyn pair’s recent Ten Hits For The End Of The World LP had a neat conceit: Taraka and Nimai Larson recorded ten tracks under ten very different fictional aliases, all of whom were marketed as having subsequently “died during the apocalypse”.. “Rage Peace”‘s effort was the echo-chamber grunge cut ‘So Destroyed’, and Emeralds’ Mark McGuire has picked over the band’s remains on a new remix.

McGuire’s normlly seen behind a guitar, but his synth-heavy revision is closer in spirit to the synthetic pop being turned out by fellow Emerald Steve Hauschildt. It’s lithe and weightless, with touches of classic of G-Funk in the mix, and systematically extracts the traces of angst from the original. Emeralds released new album Just To Feel Anything earlier this month on Editions Mego. [via The Fader]