Led Zeppelin to appear on Late Show with David Letterman 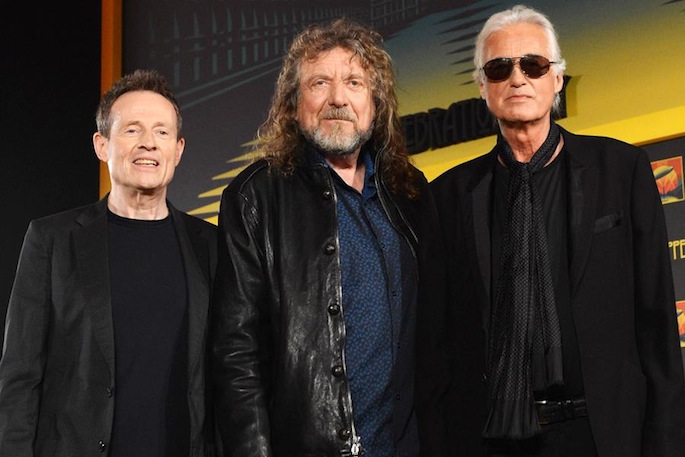 The surviving members of the band will sit for an interview — but not a performance.

Jimmy Page, Robert Plant and John Paul Jones will visit the “Late Show with David Letterman” on Monday, December 3 for a rare joint interview, but not a performance. Still, that won’t stop speculation until and after then that the band will once again be reuniting.

The band released the Celebration Day DVD last week, commemorating their 2007 reunion show at London’s O2 Arena. Page is currently working on remastered boxset editions of a number of Zeppelin’s LPs. [via Billboard]