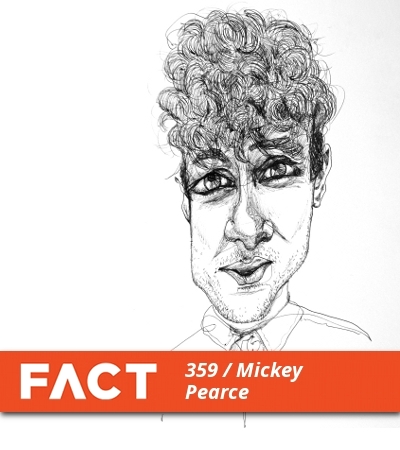 One third of the team behind the Blunted Robots label, Shortstuff – and his scuzzier alter-ego, the Only Fools and Horses-referencing Pearce – emerged as one of the UK underground’s most colourful producers in that period c. 2008 / 09 where dubstep had broken down and those who’d originally fallen for its charms were drawing more influence from the syncopated shapes of UK Funky. Singles on Planet Mu, Punch Drunk, Ramp, Pollen and Blunted Robots followed… and then Shortstuff kind of disappeared.

In truth, we suppose he’s still gone: Shortstuff remerged last year, but is now trading solely as Mickey Pearce, signed to Loefah’s Swamp81 label. Last month saw the release of Pearce’s second transmission for the label, and so December seemed the perfect time to call in a long overdue FACT mix. Given that Pearce has always favoured the weird side of house music, it’s no surprise that his mix goes fully off the tracks at times, with morbid, quantised 808 jams sharing space with wonky, off-kilter techno.

Oh, and you’re not getting a tracklist out of him either – that’s what the comments section is for.

NB: December’s FACT mix images are brought to you by the talented Graeme Ross. We see so many press shots in our day-to-day here at FACT that we were keen to spice up the mix series with some artist-commissioned pieces; this will hopefully mark the first step in a more diverse, personal look to the series.