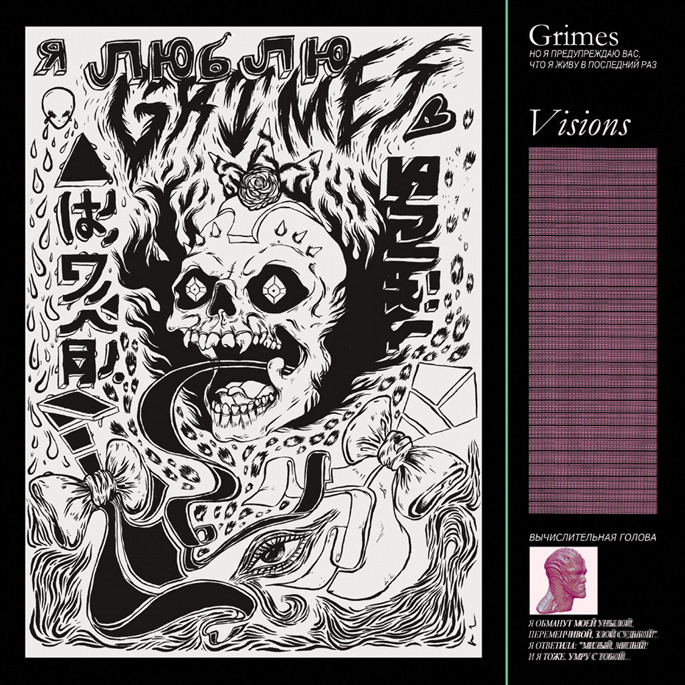 Health problems aside, Claire ‘Grimes’ Boucher has had a triumphal year.

To celebrate the success of her effervescent 4AD debut, Grimes has issued two separate expanded editions of Visions. Rough Trade and Resident (both of whom pegged Visions as their favourite album of the year) are exclusively retailing the new versions.

Resident, meanwhile, are hawking a version with four bonus goodies. Two rare cuts – ‘Angel’ and ‘Life After Death’ – are included. Once again, Baarsden is on the remix, with Tokori contributing a revision of ‘Be A Body’. [via Pitchfork]