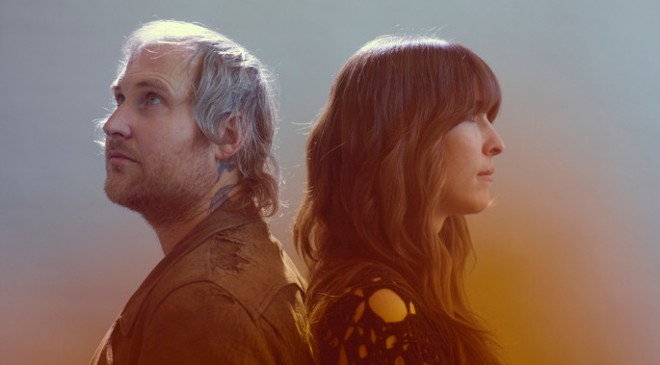 Peaking Lights’ Lucifer didn’t achieve the critical purchase of its predecessor, which is something of a shame – even if it doesn’t exactly revolutionise the pair’s groggy formula, it remains an involving and evocative listen.

If you fell into the camp that found Lucifer off-puttingly polite, Lucifer In Dub might be a fitting corrective. These aren’t radical revisions, but they do make for a queerer, quirkier listen. ‘My Hearts Dubs 4 U’ might have found a home on Amha Records’ roster back in the day, and parenthood paean ‘Beautiful Son’ is remagined as a long-lost Screamadelica offcut. Oddly enough, a lot of these dub revisions actually sound spryer than their source tracks, wafting away the fug which percolated throughout the original record.

As Peaking Light-bearer Aaron Coyes stresses, the dub LP is more than just a curious adjunct to the album proper: “Before Lucifer even had a song written or a name to it we had the ‘light bulb skull rattle’ that we had to do a dub for whatever was to come out of the studio session at Gary’s Electric. After spending the better half of the year on tour we managed to finally settle in to a spot in Echo Park where we set up a small studio and got physical with dubbing out the Lucifer LP. We have always loved the challenge of approaching the music we make from a new angle, and although the dub aspect to the music we make may be there in structure this is the first time we have laid it down by playing as the engineers.”

Lucifer In Dub is due on December 10, through Weird World. [via Dazed Digital]