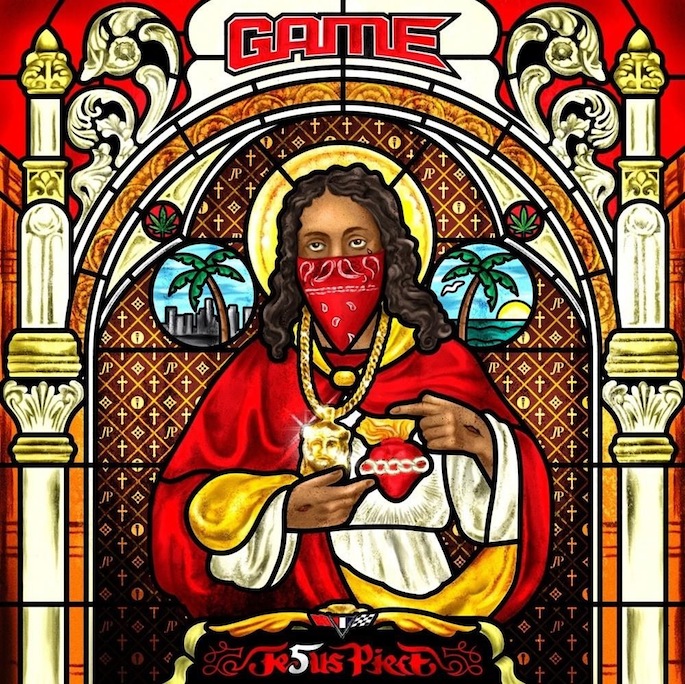 Compton’s other rapper calls in two of Chicago’s finest for the title track to his forthcoming album.

Produced by Boi-1da (the man behind Drake hits ‘Best I Ever Had’ and ‘Over’) and The Maven Boys, ‘Jesus Piece’ is a piano-strings-choir track reminiscent of Kanye’s early-aughts production catalog. The Game offers the type of capable but uninspiring verses he’s built his career on, with the simplistic self-raps (“I’ve seen Four Seasons / at the Four Seasons”) he has relied on since the beginning.

Kanye’s cameo is limited to the hook, but former GOOD Music-associate Common offers a nimble, conscious-but-not-really verse: “At the afterparty thinking what the afterlife’s like / He paid for our sins / is it really Christ-like? / Fuck it, I see the light, broads they see the light”.

Jesus Piece is due on December 11 and (like Game’s previous releases) it is heavy on featured guests: Kendrick Lamar, Lil Wayne, Pusha T, Jeremih, Jamie Foxx, Wiz Khalifa, J. Cole, Rick Ross, Meek Mill, Big Sean and Fabolous are all credited. It’d be easier to list who isn’t on the record. [via Fake Shore Drive]