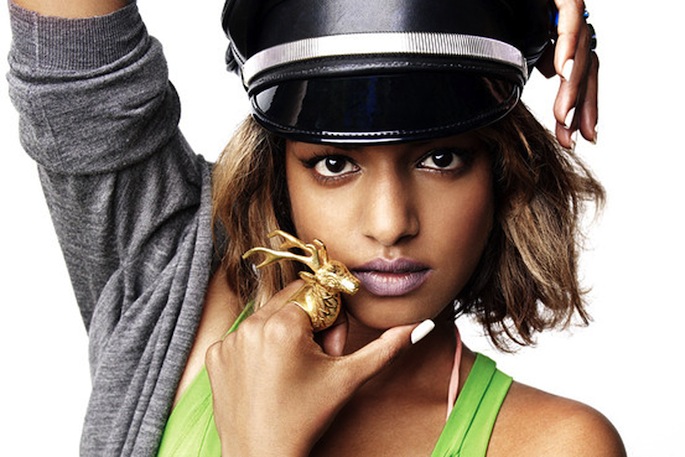 A new song from the controversial collagist appears online.

M.I.A.’s ‘atTENTion’ is a politically-charged jaunt, with Maya’s vocals warped and pitch-shifted over ravey breaks and rubbery synths. “My existence is militant cause my content bangs like it’s potent,” she chants, landing hard on the word “tent” at the end of every line.

According to the video’s description, she leaked the song “cos a group of worldtowners … spammed all day asking her to leak something AND since she’s a great and generous person and very close to her fan [sic].” Her publicist confirms to Spin that the song is legitimate.

No word on whether or not the song will appear on M.I.A.’s forthcoming album Matangi, which she has described as “Paul Simon on acid”. As for the label’s sonics, she says: “It’s not ‘I want to be trendy.’ I just want to make music that makes sense.”