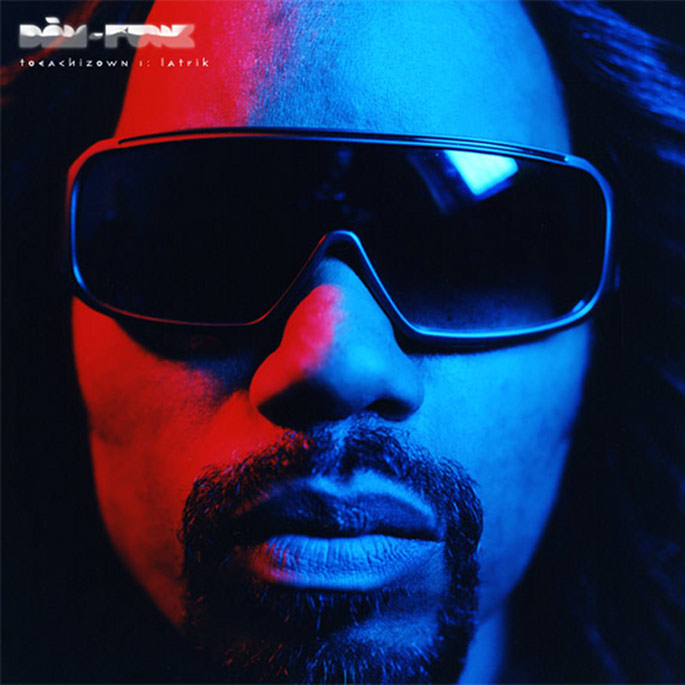 The keytar-wielder has remained busy in 2012, firing out freebies on Twitter, dropping his ‘I Don’t Want To Be A Star!’ EP , duetting with Ariel Pink, and building his own portable drum machine. New album Invite The Light is anticipated next year, but regular home Stones Throw are momentarily returning to his five-part 2009 debut Toeachizown, a monolithic chunk of funk that proved to be one of that year’s most satisfying releases. Originally issued as five separate discs, the album proper arrived as a lovely 5xLP set – which, as expected, sold like hot cakes.

As Juno Plus report, Stones Throw are now reissuing the album in its original five-part form. Each of the album’s constituent parts – LAtrik, Fly, Life, Hood and Sky – will now be available on separate 12″ vinyl.

There are subtle differences between each record. LAtrik is Dam-Funk’s ‘electric style’ record, in thrall to Cybotron and Prince, whereas Fly is a more cosmic set. Life hones in on relationships (and features career high ‘I Wanna Thank U (4 Steppin’ Into My Life)’); Hood speaks to the “Gangsta’s”; and Sky rounds things off with a more experimental, optimistic feel.

Head to Stones Throw to grab the set.