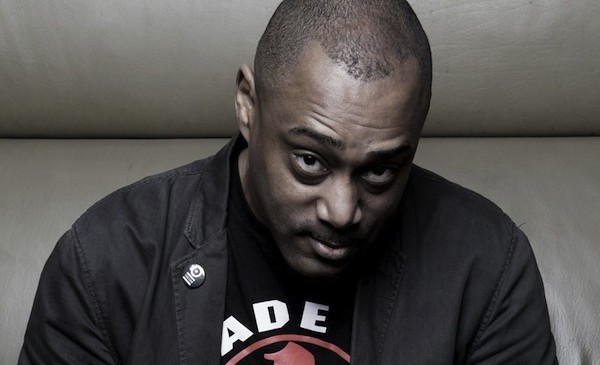 Mike Huckaby isn’t just one of Detroit’s most beloved producers and DJs, he’s one of its most dedicated teachers and irrepressible enthusiasts.

Since he first made his name in 1995, the house music stalwart has released classic records on labels such as Third Ear, Rick Wade’s Harmonie Park and most recently Tresor, as well as on his own Deep Transportation and S Y N T H imprints. He worked for years behind the counter at the legendary Record Time store. He has remixed the likes of Model 500, Pole, DeepChord, Vladislav Delay and Terrence Dixon, and released two volumes of reel-to-reel edits of Sun Ra (“Jazz is the umbrella under which deep house music resides,” he once told FACT). Meanwhile his ever-evolving understanding and appreciation of synthesis and studio processes, and his voracious appetite for new technology, has earned him a reputation as something of a producer’s producer.

To his infinite credit, Huckaby is also someone who takes pleasure in sharing what he’s learned, and encouraging others to bring their own ideas to fruition. He can be founding regularly coaching students at Detroit’s Youthville Centre in Ableton Live, Reaktor and other music production technologies, and he has led many workshops worldwide. Just today it was announced that he has compiled a free sample pack for Groove, featuring sounds culled from such disparate sources as the Alesis Andromeda synthesizer and his brother playing live percussion in a noisy café in Toledo, Ohio.

Mike Huckaby will be playing at the Holic NYE 2013 party in London, which takes place at Cafe 1001 and the Old Truman Brewery Warehouse on, of course, December 31. But this is no ordinary NYE party: it’s an 18-hour marathon, kicking off at 8pm and going hard until midday on New Year’s Day. The Huck will be joined by Kate Simko (live), DJ Steaw, Tomoki Tamura and many more; find more information and tickets here.

Ahead of the event, he apprised FACT of his five key tips for producers looking to establish themselves and their sound. “Weak producers die,” he concedes. “Strong ones continue on…” 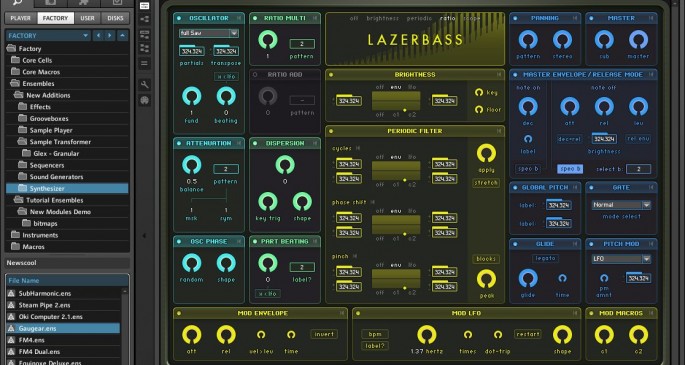 ALWAYS DO WHAT YOUR PEERS CANNOT DO, OR WILL NOT DO.

Mike Huckaby: “This has been my motto, or work ethic, for more than 15 years now. If you adhere to or adopt this work ethic, it will lead to many
promising things, and positions that you could never have dreamed of.  The two things that come immediately to my mind that all producers will not do, or cannot do, is study music theory, and learn Reaktor.

“These are definitely two things that most producers will not, or cannot, commit themselves to. Learning music theory is crucial to developing the proper orientation in relation to the creative process. It is the fundamental component in terms of creating new ideas, harmony, melody, and rhythm. It helps you to identify which key you are in, and helps you to create compatible melodies.

“Have you ever wondered why you are stuck, or cannot finish a project, or a particular track? The lack of understanding of music theory is the key.”

“Have you ever wondered why you are stuck, or cannot finish a project, or a particular track? The lack of understanding of music theory is the key. It is the fundamental science that manages or governs all of your ideas.  In my opinion, Reaktor is equally as important in this regard: Reaktor can teach you or show you reciprocal relationships between hardware and software. Reaktor can show you how to master hardware, and vice versa. Reaktor is everything that concerns synthesis, midi, effects, and developing new hybrid methods of sound creation. I’d be dead without music theory, and learning Reaktor.  This was evident to me in the early ’90s when the whole sampling arena change. I had to change and grow in order to create more music. I was faced with that, and these two elements have facilitated me with an endless amount of creativity to continue on in the far future.” 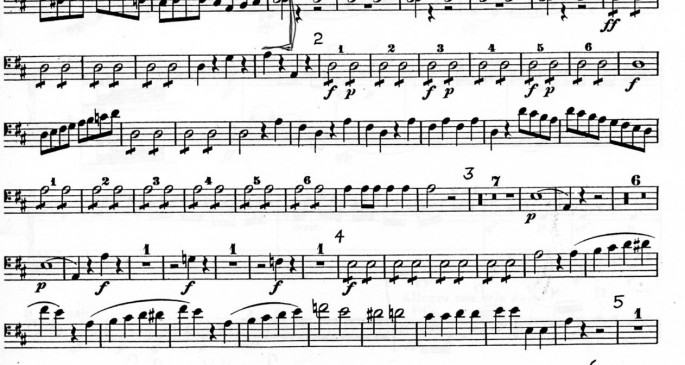 MH: “I repeat: study music theory. You will open many doors within your mind that will remain closed without learning it. Sampling is an art indeed, and you can’t deny that. But the art of sampling is defined by the fact that someone’s else’s career has to take place before yours can. Nothing has to be terribly wrong with that, but if you solely stick to sampling, this will always be the case. Sometimes you may want to break free from this fixed domain, in which you say you derive all of your ideas from. Learning music theory will definitely give you more options.” 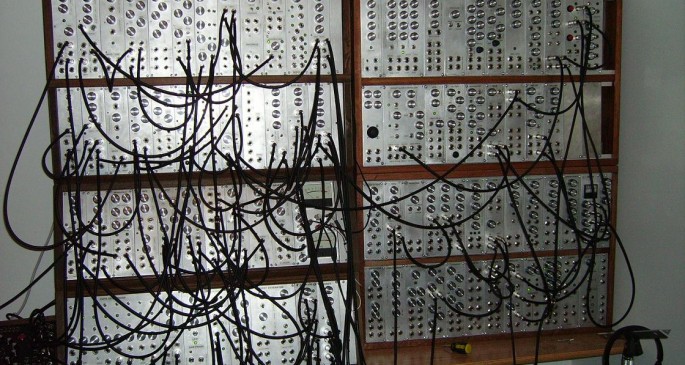 MH: “Music is forever changing, and requires anyone who creates it to grow musically as well. This cannot be done by using simplistic tools that are not challenging you. In the short term, yes, this is possible. Every time you create a track, you are learning something different. But commit to a long term method of learning. This can be done simultaneously, or subconsciously too. You don’t want to be in the same position musically that you are in 10 years later.  In order to avoid that, you must challenge yourself by learning production methods and applications that require time. I cant say enough that Reaktor has has paved the way for me in this regard. Learn the science of synthesis.” 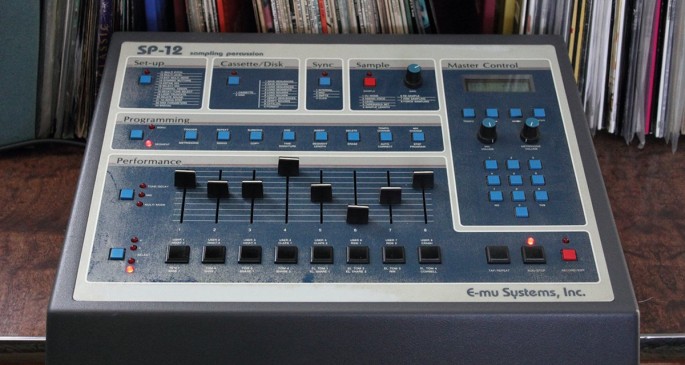 MH: “What is your sound? Define the elements or attributes of the music that you are trying to create. What is your musical intent? Go even as far as to describing the type of person that you are trying to communicate your musical ideas to. Envision the environment as well. This does not need to remain fixed. This can continuously change. If you can partially define your sound, you will have greater chances of achieving it. But once you define your sound, that’s when the real work comes it to play.

“If you find that creating the type of music you want requires you to use certain types of equipment, or certain pieces of gear, don’t try to bypass this, or cheat it! You will never achieve creating the sound you are looking for by doing this. Right now I’m experimenting with an SP-12 drum machine by E-Mu. There are certain things I want to include or hear within my sound, and I am told that this particular drum machine will contribute to that sound. So this is the road I must choose if this is the case.” 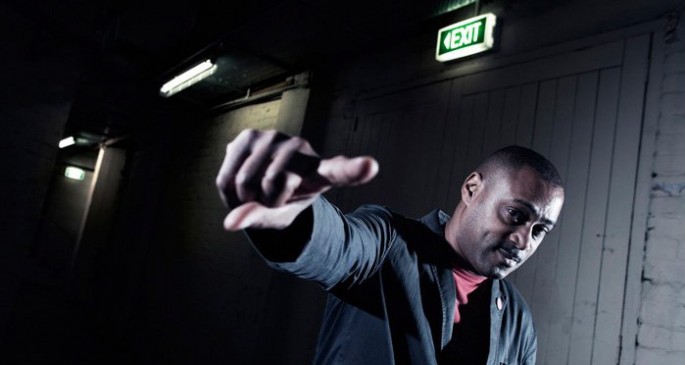 LEARN THE RULES OF SURVIVAL, THEN DOMINATE.

MH: “If you align yourself with the right components I have listed within these five tips, you will become successful with your music at some point in time. It is inevitable. So have faith that your day will come. But when that day comes you will probably need to say no to more things that you will need to say yes to.

“When your music becomes popular, many people will have their own vision of what your music means to them. You will be asked to do remixes, EPs, podcasts, interviews, and to play in many clubs. Pick the best. Align yourself with the original concept of your music. Do not compromise your sound for money or popularity. Many people will want to associate themselves with you solely on the basis of your popularity. As I said, you will find yourself in a position of having to say ‘no’ to more things than you say ‘yes’ to. And when you do that, people will try to make things hard for you. You must overcome these hurdles by the strength of your music, and by how well you have equipped yourself as a producer. Weak producers die, strong ones continue on. That’s just the nature of this business.

Weak producers die, strong ones continue on. That’s just the nature of this business.

“I’ll never forget what Todd Terry said in an interview I once read about him. He said that, “It’s all about me against any other motherfucker in any of these five different boroughs trying to do what I am doing with a drum machine and creating music.” At first I thought, wow, what an asshole this guy is. Now I see what he means. Learn the rules of survival, then dominate.”