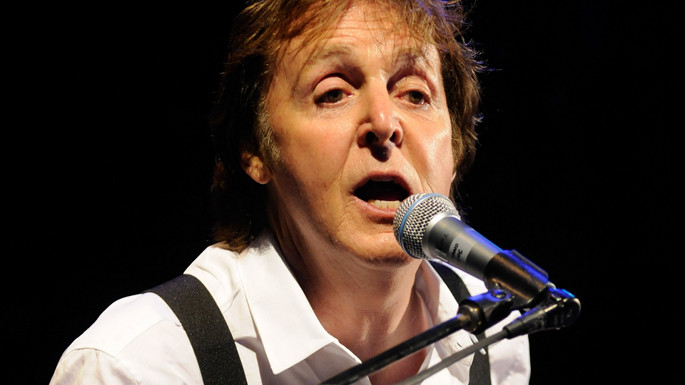 Yes, we’re still floored by this one.

Later tonight, a phalanx of major artists will descend on New York’s Madison Square Gardens for the 121212 Hurricane Sandy benefit gig . Bruce Springsteen, The Rolling Stones, Kanye West, Alicia Keys, Billy Joel, The Who and Jon Bon Jovi are among the acts performing in aid of the the Robin Hood fund, which distributes charity funds to victims of the storm. If press reports are to be believed, however, Dave Grohl and Krist Novoselic will be reconvening as Nirvana – with Sir Paul McCartney standing in for Kurt Cobain.

According to The Sun, the unlikely crew apparently came together after Grohl invited McCartney to “jam with some mates” at a recent studio session. McCartney found himself playing with Novoselic, Grohl and sometime member Pat Smear. Over to you, Paul: “I didn’t really know who they were. They are saying how good it is to be back together. I said ‘Whoa? You guys haven’t played together for all that time?“And somebody whispered to me ‘That’s Nirvana. You’re Kurt.’ I couldn’t believe it.”

As much as the thought of Macca ripping through ‘Rape Me’ thrills/horrifies us, it seems that the quondam Beatle will perform a specially composed new piece with the group. For details of how to stream the concert, head here.

Update: Novoselic tweets that “It is a new song that’s kind of Helter Skelter meets Scentless Apprentice. It rocks with a heavy groove. St. Paul is powerful. @Pontifex” and yes, he at-replied the Pope.