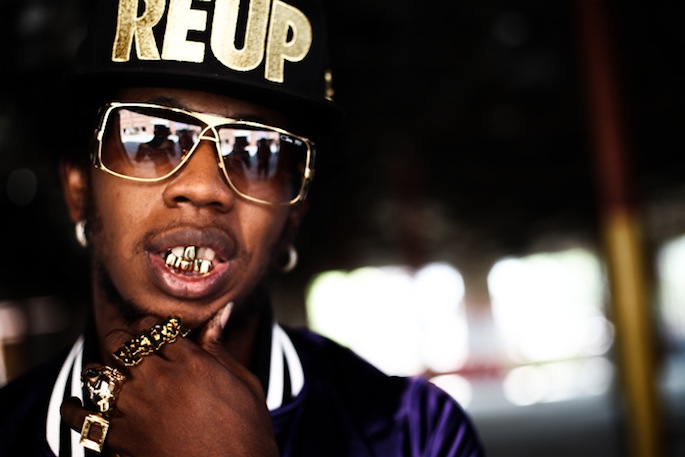 The rapper becomes the latest dollar-signed act to turn viral hype into a paycheck.

If you haven’t heard of Trinidad Jame$, you aren’t alone. His ‘All Gold Everything’ video has gone viral in certain segments of the blogosphere, thanks to its zeitgeist-capturing “popped a molly, I’m sweating” lyrics and very-A$AP aesthetic. However, his Don’t Be S.A.F.E. mixtape is far from impressive — not an indictment, considering he has only been rapping for ten months.

However, that didn’t stop Def Jam from signing the rapper, for a payout rumored to be $2 million. “We’re excited to welcome a young talent like Trinidad James to the Def Jam family,” label president Joie Manda says. “Def Jam prides itself as both a cornerstone of hip-hop’s rich tradition, and as a vital, forward-thinking label dedicated to breaking and nurturing emerging artists. Trinidad James represents the cutting-edge of what’s happening in the culture today. We are thrilled to have him at the label, and look forward to growing his already massive buzz.”

This certainly looks like another desperate move from a major label trying to capture some Internet-fueled lightning in a bottle. Perhaps Def Jam should have asked Columbia how Kreayshawn’s million dollar deal worked out. If you haven’t seen or heard it yet, ‘All Gold Everything’ is worth your time; the video is below. [via Billboard]