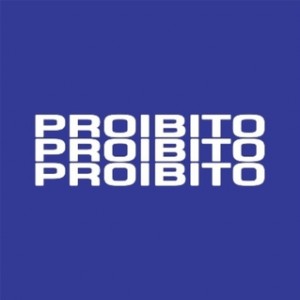 Available on: Hippos In Tanks LP

You don’t have to look far to find somebody lamenting the insatiable demand for free content that artists face these days: the requirement for countless promotional mixes and downloadable exclusives above and beyond the music that’s actually being plugged. Hype Williams, though, seem eminently comfortable with this state of affairs – this is, after all, the duo who released a 1.5 hour-long, 33 track zip file for free to accompany an interview.

If anything, the lo-fi guerillas who go by the names of Dean Blunt and Inga Copeland have actively sought to aestheticise the fitfulness and disposability of online music consumption, weaving it into their own releases – hence the willful trashiness of it all, and the tendency to proceed through puzzling disjunct and non-sequitur rather than any more coherent statement. So for one half of the duo to indulge their historicising urge by committing a formerly online-only, free-to-download mixtape to wax feels like a bit of a climb-down. But then again if it encourages people to come back to The Narcissist II, to lavish more time and attention on it, then it’s probably a worthwhile sacrifice – because this is undoubtedly one of the finest things either of the duo have put their name to.

A handful of themes and motifs circle one another warily throughout this 30 minute mix: violent airborne sounds, be they thunder or fireworks; telephones and telephone conversations; a certain sonic ugliness, either through low bitrate mp3 field recordings or clotted synth drones. But the backbone of this record is the narrative of an abusive relationship, as depicted through portions of dialogue lifted from some unnamed film: the cycle of violence, fear, regret and reconciliation, and finally its disruption. Set against this are Blunt’s songs – and songs they are, rather than tracks or sketches, appearing in greater number than on any previous Hype Williams release. Each is a proclamation of desire, an ode to an unspecified ‘girl’, a string of semi-meaningful platitudes that seem to suggest Blunt is consciously placing himself within the great lineage of romantic popular song. And yet each is so deviant: cheap synths and tinny multi-tracked guitars, murky kitchen-sink percussion, feeble backing vocals – and Blunt’s own voice, scratchy, inept, often caked in distortion, as if he’s overloading a cheap mic with every syllable (which he likely is).

Set against the complex and unsettling politics of an abusive relationship, Blunt’s intentions are fiendishly obscure: are these sincere but damaged homages to a great musical form and the sweeping sentiments contained therein? Or smirking parodies, ramshackle satires of the vapid cliches of love; of tired banalities that crumble in the face of brutal reality? The nagging sense of doubt isn’t helped by the liberal deployment of ghostly detuned synth lines, dysfunctional melodies that seem to clog the pores of their host songs, trying to participate in the primitive arrangements but more often than not derailing them. And yet there is always a thread of emotional urgency to Blunt’s delivery that suggests this is more than simple irony. At some point on side B, in delivering the lines “Been so long girl / Can’t find nobody else” his voice breaks desperately, raggedly; later, at the peak of a gorgeous duet with Inga Copeland – itself the undeniable highlight of the mix – Blunt sings “just CALL me”, the second word a snarl, suddenly wracked with distortion – an animal passion held close to the surface, however clumsily expressed.

That song fades out to applause – a typically puckish dispelling of mood – in what feels like the mix’s conclusion. Naturally, it’s not – Blunt returns for an entirely inappropriate reprise, a bizarre lo-fi grime coda that seems to bear little relation to what’s preceded it. Perhaps this is our man trying to tap into the gleeful evasiveness of your average Hype Williams release, where the impossibility of making it all hang together in your head is precisely where the fascination lies. But The Narcissist II is so compelling because it is conceptually so much more rigorous and consistent, so much richer with internal resonances than its duo-created cousins. Which is not to say that it provides answers, so much as a whole raft of uncomfortable questions. We wouldn’t have it any other way.