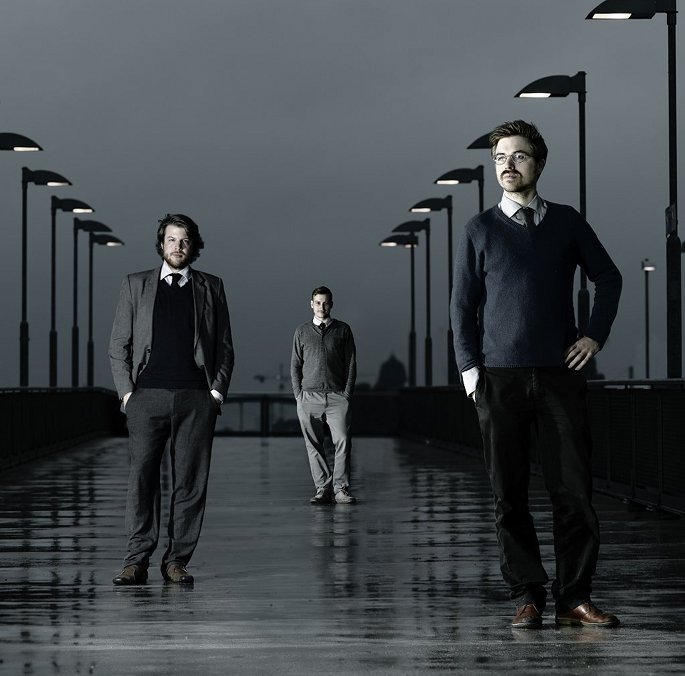 Nothing sounds quite like Brandt Brauer Frick’s bric-a-brac techno.

The (immaculately turned out) trio have made their name crafting dance music using acoustic instruments and unconventional orchestration. Their debut 2010 LP You Make Me Real introduced their pernickety brand of techno, using glockenspiel, trombone and harp to build 4/4 dance music. Follow-up Mr Machine had the whiff of novelty about it, but, despite a slightly off-putting air of bookishness running throughout, did justice to their curious methodology.

Longtime home !K7 have announced a new LP from the trio. Miami will arrive on March 11, and will feature ten new tracks. In contrast to the primness of Mr Machine, Miami promises to be “more spontaneous” and “more dark”. The large rotating cast employed on the last album has been slimmed down substantially, reportedly making for a leaner, tougher LP.

The trio will be touring the LP in February and March, with a handful of UK stop-offs scheduled. The stage show promises to be a stripped down affair compared to the ensemble performances of old; peep below to check the tour dates. A trailer video for the album is also available below.