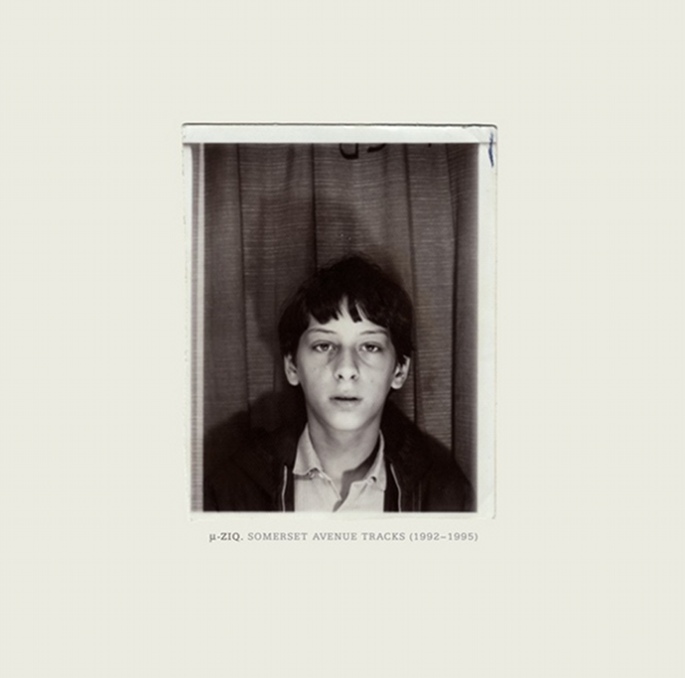 Mike ‘μ-Ziq’ Paradinas has long been an unusually forward looking fellow, but his latest release will see him raking over the past.

These days, Paradinas remains best known for his work as CEO of the remarkable Planet Mu label, responsible this year for fine releases from Konx-Om-Pax, Polysick and Ital. He’s also been a high-profile evangelist for footwork and juke in the last few years, offering an outlet for the likes of Traxman and Young Smoke and releasing his own killer footwork mixes.

Paradinas’ own solo output as μ-Ziq, however, definitely shouldn’t be disregarded: since his association with Rephlex in the early 1990s, he’s repeatedly proved himself to be one of electronic music’s more delightful, delirious practitioners. His discography – which, if you include aliases like Kid Spatula and Jake Slazenger, clocks in at somewhere over 20 full-lengths – runs the gamut from mangled rave music (1994’s Bluff Limbo) to skittering IDM (1997’s Lunatic Harness) to stately electronica (2007’s Duntisbourne Abbots Soulmate Devestation Technique).

To celebrate 300 – 300! – releases on Planet Mu, Paradinas is now revisiting a glut of productions from the earliest part of his career. As Juno Plus report, Somerset Avenue Tracks (1992-1995) will feature 15 pieces of juvenilia produced under the µ-Ziq moniker. The tracks in question have all been selected by Lara Rix-Martin, who plays with Paradinas in band Heterotic (and also happens to be his wife). Live recordings, sketches and radio sessions all feature.

Somerset Avenue Tracks (1992-1995) will arrive on February 23. ‘Green Lanes’, plucked from a vintage Peel Session, is available below.