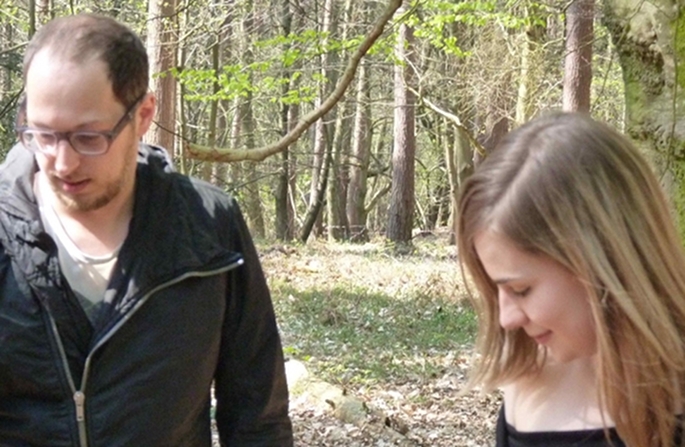 We’ve barely stumbled into 2013, but Planet Mu boss Mike ‘μ-Ziq’ Paradinas has already announced his second project of the year.

As reported, Paradinas is primed to release retrospective disc Somerset Avenue Tracks (1992-1995), which collects a stack of cobwebby odds and sods from his archives (and comes with a free supplementary album of extra material to boot). Paradinas’ hard-earned reputation as one of electronica’s most prolific operators – he’s amassed over 20 LPs since the early 1990s – is set to continue with a fresh full-length project in 2013.

Heterotic sees Paradinas team-up with fellow producer (and, as it happens, wife) Lara Rix-Martin. To date, they’ve produced a skittering remix of Kuedo’s ‘Shutter Light Girl’ and a NastyNasy remix situated somewhere between Flight Muzik and Air France, plus the occasional wonky instrumental on their Soundcloud page. As Juno Plus report, a debut LP is now done and dusted.

Love & Devotion will collect eight new tracks from the pair. In contrast to the antsy electronica they’ve been turning out to date, it sounds as if Love & Devotion will be Heterotic’s answer to Darkstar’s North  – a woozy melodic pop record with electronic dance inflections. Nick Talbot (aka Warp regular Gravenhurst) serves as a supplementary member of the group on the album, contributing vocals to four tracks on the record.

According to the press bumpf accompanying the LP, Love & Devotion‘s thematic concerns include “a world profoundly haunted by its past” and “the idea of the unreliable narrator” – which suggests a change in tone from when Paradinas was releasing records as Slag Boom Van Loon. Love And Devotion will drop on March 25.