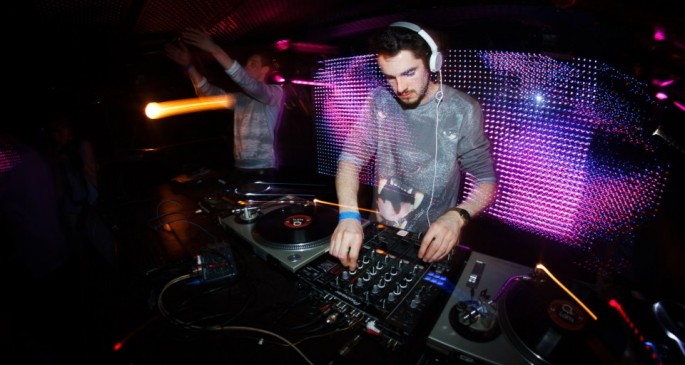 Belfast: not exactly the white-hot epicentre of grime.

Northern Ireland’s first city has its cherished musical exports – electronic music veteran David Holmes and rising house duo Bicep spring to mind – but it takes a fair bit of sleuthing to find any that have infiltrated the rambunctious mainland grime scene. All the more reason to keep an eye on Bloom – Belfast’s great gully hope, and the man behind one of 2012’s most remarkable debut singles.

Issued by Mr. Mitch’s Gobstopper label and supplemented by neat remixes from Slackk and Starkey, ‘Quartz’ hit like a ferric boxing glove. In a year that saw some astonishing instrumental grime releases – Preditah’s ‘Circles’, Champion’s ‘Crystal Meth’, Logos’ endlessly delayed ‘Kowloon’ – ‘Quartz’ is the pick of the crop. The track was less a bolt from the blue than a bona fide electrical storm, a convulsive experiment in deconstructed eski cobbled together from police sirens, shattering glass, and the sound of corrugated iron meeting corrugated iron.

Bloom’s discography is small but highly promising: ‘Maze Temple’ sounds like it’s been produced using Fruity Loops and timpani, and ‘Juniper’ is the audio equivalent of a particularly vigorous game of Quasar. In his first interview, FACT caught up with Bloom to talk Dusk & Blackdown, future plans and “really raw, harsh noises”.

“When I first started to make music, I did try and make something with a ‘wow’ factor. Really raw, harsh noises.” 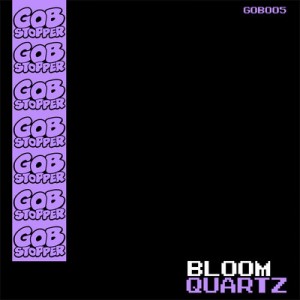 In the last few months, you’ve crept into view from nowhere. Could you tell us a bit about yourself?

“I’m from Belfast. I’ve been making music for quite a few years now. Mainly grime, but I used to make kind of R&B-esque kind of stuff – a bit more colourful, sense-driven kind of grime stuff about a few years ago – R&B instrumentals, things like that. But I just got a bit sick of it, and started making darker kind of stuff, raw-sounding stuff.”

Even though there’s a lot of different stuff going on in your music, it’s probably fair to say there’s a real nod to grime in your sound. Has it been a big part of your musical development?

“To be honest with you, it has – but I don’t just listen to grime. I’ve been listening to loads of different music. I actually used to play house and techno, about four or five years ago now. I was brought up on house and techno because Belfast is mainly a house and techno scene. There is no grime scene at all in Belfast. So I was just looking stuff up through the internet, through Rinse and stuff like that, getting inspired to make grime that way.”

Obviously you’re some distance from the urban centres where that sound was born and raised – what was it like engaging with the music from so far away?

“It’s a strange one. It was fresh, I was blown away by it when I first heard it. It was such a fresh sound for me because I wasn’t used to hearing anything like it. It was interesting that way. It’s not just grime – people who’d mix it up a bit in those Rinse shows, like Dusk & Blackdown, just people who mix up house, techno, grime, whatever. Just interesting electronic music, I suppose.”

It’s interesting what you say about people who “mix it up”. Listening to your music, I really detect the same sort of unpredictability of people like Rustie, or Baauer – it has that exuberance to it. There’s so much going on.

“That’s right. When I first started to make music, I did try and make something with a ‘wow’ factor. Really raw, harsh noises. I just wanted to make people’s reactions go ‘What the hell is that?’. Just experiment with different sounds, trying to come up with something really…weird. [laughs]”

“I think space is important.”

Talking of the “wow” factor: your work is spotted with samples of gunfire…

…and those console bleeps and squeals…where do you pull those sounds from?

Your music is full of meticulous, small detail. I wondered if the production process is quite painstaking?

“[Laughs] Not really. I’m used to it because I only use a basic program, and I’ve had that set-up for years, so I’m just used to it. I know where to go to get the sounds, I’ve got these things worked out so that I’ll just see it and then use them when I need them. But they’re quite noodly, some of the parts, aren’t they? Especially ‘Quartz’.”

There’s also a real stop-start quality. It reminds me a little of how Burial uses very basic software to create a sense of space that’s often hard to do on super-sophisticated programmes.

“Definitely, I think space is important. It’s definitely important to me when I’m making music. It just works better when you have some space in a track, and it just bangs in at the next second. ‘Quartz’ definitely stops and starts. I’ve got another one, ‘Juniper’, which has a stop-start thing to it. It worked with ‘Quartz’ so I thought I’d do it in the next track as well, but mix out of it, do something a little different.”

“Mr. Mitch was the first one to jump on ‘Quartz’, he wanted to put it out there straightaway, so I was up for that.”

Talking of ‘Quartz’ specifically, how did the association with Mr. Mitch come about?

“Mr. Mitch just basically snapped it up. When I made it, I didn’t expect anything – I just threw it on Soundcloud and got a big response. But he was the first one to jump on it, he wanted to put it out there straightaway, so I was up for that. It was pretty much released within a month. It didn’t really have time to circulate about, which is good in a way, because sometimes you can get a bit sick of tracks if they’re in circulation for too long.”

Now that your tracks are getting released within the grime fraternity, do you envisage ever having vocal versions of these tunes come out? Is that something you have a daydream fantasy about, particular MCs stepping onto the tracks?

“I don’t know – not at the minute. I’d rather just stick to the instrumentals. The stuff I’m making at the minute is still grime-influenced, but I’m really just experimenting, trying to come up with something really weird. MCs maybe down the line – but it would have to be the right MC.”

What’s next in line for you? Have you got other releases scheduled?

“I’ve got a release coming up on Visionist’s new label, Lost Codes – that’s coming out hopefully next month or the month after. I’ve got a couple of tracks signed for him. There are some big things in the pipeline – I’m just trying to finish stuff, basically, it’s all good.”

Are you sitting on tracks at the moment that have a different sort of DNA to what we’ve heard?

“No, it’s the same sort of DNA, the same sort of sound – but slightly different. All grime sounds but, as you say, experimenting with a different sound and come up with something new. I’m just messing about, seeing what happens, and things seem to be working nice – so I’m not really complaining. There are so many different offshoots of music now. It’s crazy, some of the things people are doing – just getting into their own wee zone and creating things that are just strange and interesting. It’s good.”