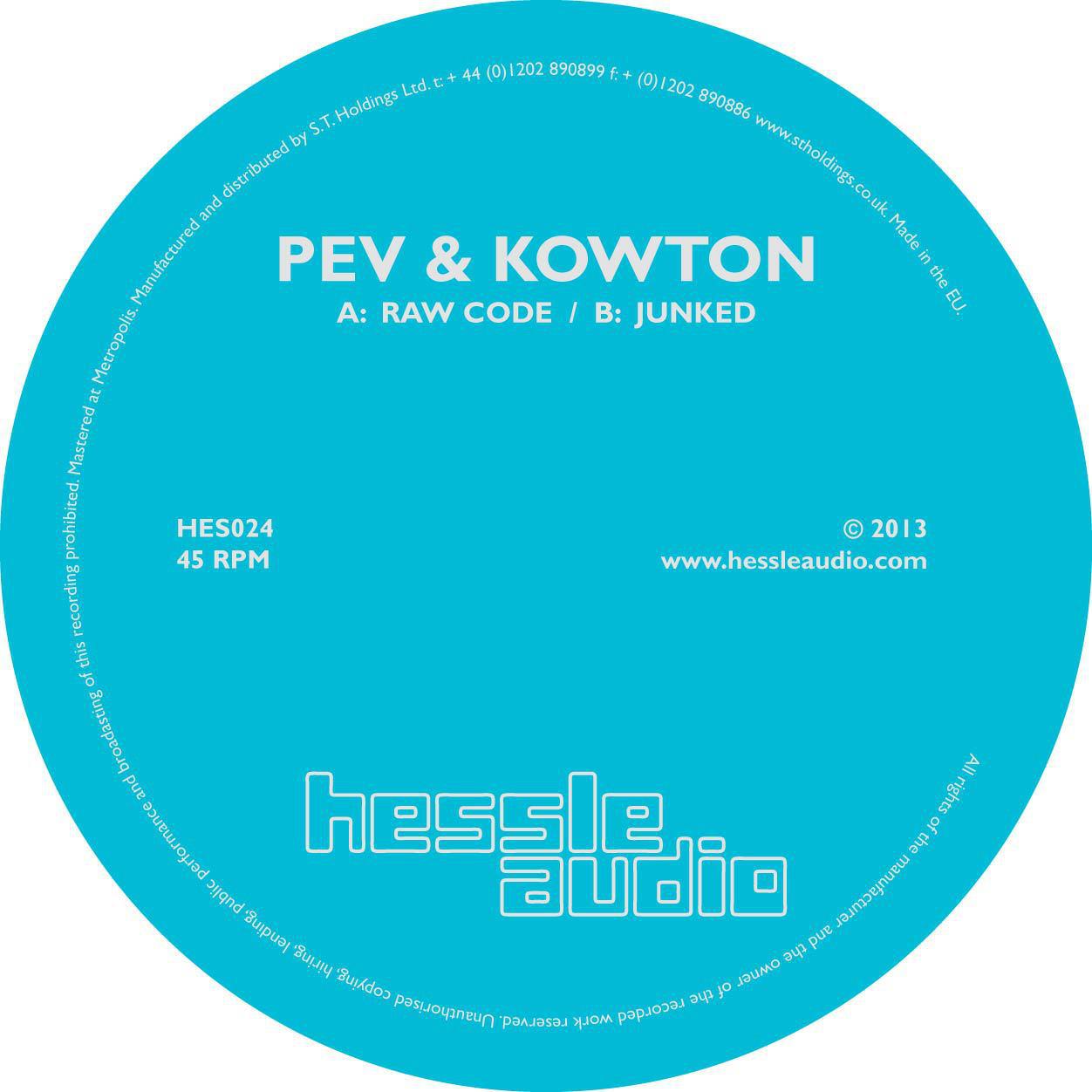 After featuring in both Pangaea’s Resident Advisor mix and Ben UFO’s Fabriclive CD, it makes sense that Peverelist and Kowton’s ‘Raw Code’ is to see a release on Hessle Audio (the label run by Pangaea, Ben UFO and Pearson Sound).

Bristol’s Kowton has been on superb form of late: last year’s ‘Des Bisous’ and ‘More Games’ saw him take a sledgehammer to the subterranean techno of his past work, upping the grit and grime levels and generally making things a lot more dirty and distinctive. On ‘Raw Code’, he teams up with Peverelist, one of Bristol dubstep’s elder statesman, for a track that’s a little more percussive than Kowton’s 2012 singles, but still hits with a familiar crunch. Given that Kowton works at Bristol’s Idle Hands store and Peverelist runs the Punch Drunk Music shop (and used to manage Rooted), ‘Raw Codes’ also marks a neat local record store alliance. Surely we can all get behind that?

You can stream audio of ‘Raw Code’, from that Pangaea Resident Advisor mix, below.