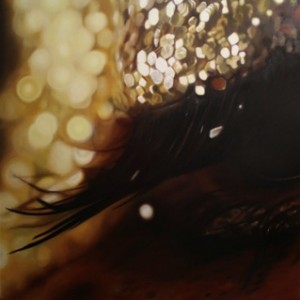 There was never anywhere for chillwave to go. No margin for development, reinterpretation or reinvention. The artists were trapped by their own idea, in that, had an attempt been made to leave behind the signifiers of hypnogogia – the echoed production and hazy textures – chillwave would have ceased to have been chillwave, leaving only your garden-variety wan indie music. It was, as the naysayers rightly proclaimed, a shallow creation, and in the end the only option available was a move sideways.

Grace / Confusion, however, concerns your classic 2010-vintage indie-brand chillwave, and arguably its finest practitioner flogging yon dead nag for what will surely the last time before the genre runs its course. And flog Memory Tapes does here, with stifling predictability. Typicable of this inert genre that never once evolved, there’s nothing Dayve Hawk offers here that wasn’t encrypted in the sound from day one and Air France’s No Way Down; chillwave’s de facto birthplace. There’s the neo-disco element, the ’80s feel, the pervading insipidry and the dependably lovely melodies. There’s the emotional remoteness that’s really a uninspiring emotional anaemia, and the moments of uncanniness: Pavlovian gracenotes of inexplicable poignance that get right at your Fruedian funny bone.

So safely, solidly familiar is Hawk’s third album that it’s enough to make you nostalgic for the sound as it splutters on its deathbed. Nostalgic for nostalgia, as it were – nostalgia being chillwave’s bread and butter emotion. With the self-referentially titled epilogue to the scene that is Grace / Confusion, the sound seems now very much of a certain time – accutely late-noughties. It’s quite dated now, which is pretty meta when you think about it. And with no small measure of poetic irony, it will remain there, stuck in the past. Hawk is, this time around, channelling chillwave’s end-of-the-summer sadness in parallel with what feels like the genre’s own autumnal demise.

And yet, although crowned by Hawk’s charmlessly androgynous voice, possessed of the mood range of a plank, Grace / Confusion is, if inconsequentially and forgettably so, pleasureable. What they lack in artistic merit the chillwavers make up in meaningless gogeousity, with Grace / Confusion‘s looser longer track-times affording space for double the deliciousness. ‘Neighbourhood Watch’s whistful synth notes evoke teen suburbia’s gentle ennui, while ‘Thru The Field’ evolves from dead-eyed Sheffialdian synthpop to Hawk’s best Sumner-ian guitarline since his debut’s ‘Bicycle’. Always the most musically accomplished of his sect, the producer’s most prog-ishly accomplished and least lo-fi album persistly introduces new mini-events like these, hooks formed from a wide spectrum of the instruments Hawk has in his repatee. For example, ‘Let Me Be”s beautiful neo-Tokyo ’80s momont – preset bamboo-esque percussion both lush and artificial. Meanwhile, the album’s John Grant-goes-Moroder black sheep, ‘Shiela’, boasts big drums and the De Riguer inclusion of plastic prog’s most trendy revival sound – synth-guitar. That said, with songs this extracted, when uninspiring ciphers like ‘Safety’ arrive it’s a simple case of blandness prolongued. At seven minutes long the track is simply torture.