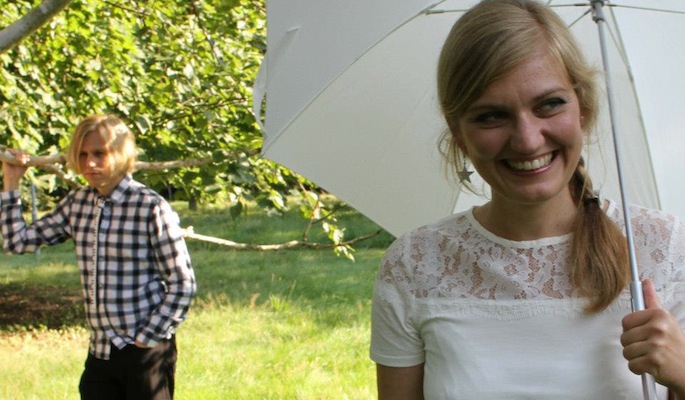 The Swedish duo enlist a Toronto pair known for a collaboration on the Drive soundtrack.

When announcing their forthcoming album, Sally Shapiro said: “We don’t think of ourselves as an italo disco duo anymore, but probably we are just home blind, and people will call this an italo disco album anyway.”

Their latest single will do little to dissuade people from using that label, since it features like-minded duo Electric Youth, best known for their work on College’s very-Italo Drive OST standout ‘A Real Hero’. ‘Starman’ is co-written by the duo’s Austin Garrick, and includes additional vocals by Bronwyn Griffin.

As its name suggests, ‘Starman’ is a dreamy bit of space disco with a galloping beat and celestial synths. The single will be released on January 29 and includes the instrumental and a remix by Miami Nights 1984. The song is the latest single from Sally Shapiro’s Somewhere Else, due out on February 26.