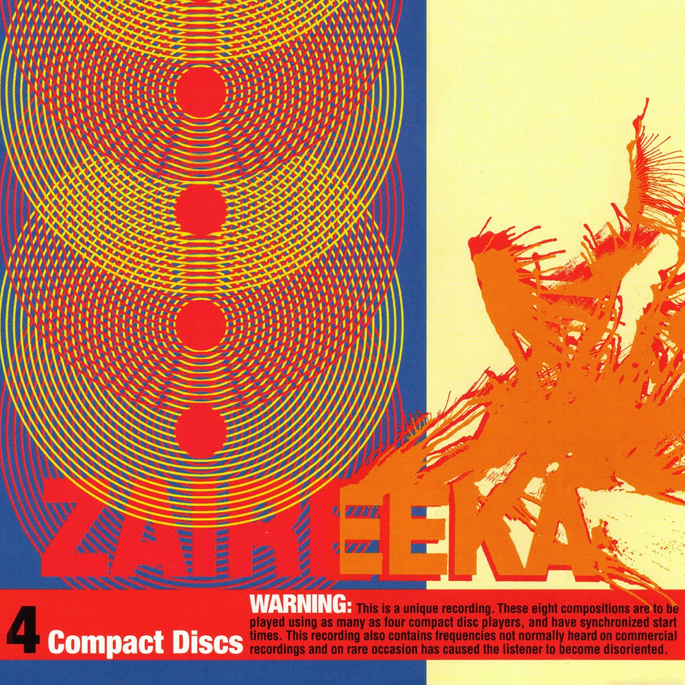 Like Lou Reed’s Metal Machine Music before it, The Flaming Lips’ 1997 LP Zaireeka is one of contemporary music’s most famous punchlines.

Musically, the album is in a similar vein to the Lips’ early 1990s releases – a scruffy collection of blitzed psych-pop, heavy on the guitars and the non-sequiteurs. No, Zaireeka‘s USP is its unlikely format – a 4xLP set, designed to be played simultaneously through four carefully placed speakers. The record was subsequently toured with a series of ‘Boom Box’ experiments, where the band would set up a number of boom boxes to be operated in sync by concert-goers. As high-concept wheezes go, it’s a good one.

As Consequence Of Sound report, the album will see re-release on Record Store Day later this year. According to a Twitter message from the band, Zaireeka will arrive as an expanded vinyl package, but there’s no news as yet on what extra material will be included. Date for the diaries: Record Store Day is Saturday April 20.

Although Zaireeka is a pretty barmy proposition by anyone’s standards, it doesn’t quite match the Lips’ 2012 Record Store Day offering in the lunacy stakes. The collaborative The Flaming Lips & Heady Fwends disc featured collaborations with the likes of Ke$ha and Bon Iver, and came with a special edition infused with samples of contributors’ actual blood.