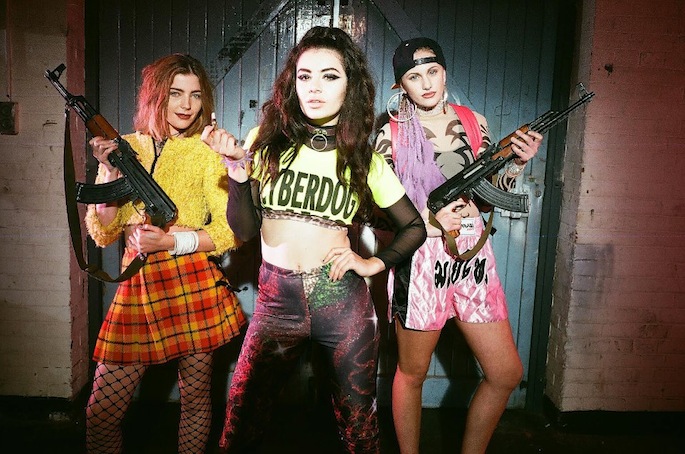 The latest UK pop It-girl throws a 90s-styled rave in a gun factory.

As Charli XCX writes below (via Pitchfork), she chose to discard the “world of Tumblr superstars” that she favored in clips like that for ‘Cloud Aura’ in her latest video.

“We’d been heavily influenced by the world of Tumblr superstars and the quick click, pop-tastic world of the internet in my previous videos, so this time we decided to look elsewhere,” she writes. “We’d been watching a lot of grindhouse movies, mostly with strong female leads like The Pom Pom Girls and Coffy, and there seemed to be a bizarre cross over from that genre of cinema and today’s world of pop. Shooting the video in a gun factory seemed like the perfect grindhouse setting for a kick ass, girl power story, with super pretty girls swapping the bullets for lipstick. Cute!”

Instead, Charli XCX opted for a neon dance party in a gun factory. ‘You (Ha Ha Ha)’, based on a sample of Gold Panda’s ‘You’, is the first single off her upcoming (and eagerly anticipated) debut album.