Photo by: All photos from Dope Jams' Facebook page 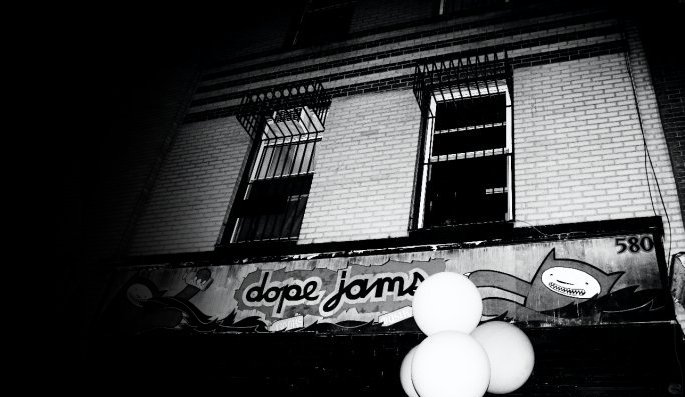 It’s always sad to hear of an independent record store’s closure. In the case of New York’s Dope Jams, which after seven years of business will serve its very last platter at the end of this month, it qualifies as a tragedy.

I only had the fortune to visit Dope Jams once during its lifetime, in the Autumn of 2007. I would’ve visited a lot more, were it not for the 3662 miles between my home in the South West of England and its premises at 580 Myrtle Avenue in Brooklyn.

At the time, I had little sense of what Dope Jams was about. My friend and I only heard about it when a clerk in one of Manhattan’s less specialised record stores suggested we seek it out if we were on the hunt for good house and techno music. Which, despite a lingering weakness for sub-par German minimal techno (still just about forgivable in 2007, at least in my book), we very much were. 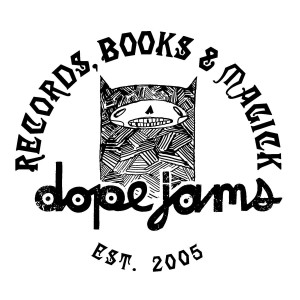 The storefront was unassuming and, like all the best stores, it was difficult to tell from the outside whether it was even open for business. Gentrification was well underway in Brooklyn by this point – hell, there was even a vegan café down the road – but the general locale still felt pretty forbidding to us. For the first time on our trip to New York, we felt like tourists.

Once we gained entry to Dope Jams, we no doubt let out an audible gasp as we beheld the number and depth of the racks before us, and the quality of record that bulged in and out of them. At first we took it at face value: a dance music store with a very good stock selection. On closer inspection, we realised it might be something more than that: crammed bookshelves were given over to the occult and arcane literature, tarot cards and other magickal trinkets. You don’t get that in Phonica. But it was only when we started perusing the wall-mounted racks of new releases that we realised we were dealing with something we’d never encountered before: a store unafraid to speak the truth. Not objective, inarguable truth; but its own truth, righteous and largely convincing. Note-cards next to new releases by the likes of Moodymann and Carl Craig called up these artists – artists that most people (us included) considered to be beyond reproach – for their recent dearth of ideas, their laziness, their sullying of their own legends. Producers with less pedigree were given even shorter shrift; I remember a note next to the latest Henrik Schwarz reading something along the lines of: “What do you buy the person in your life who has every weak, watered-down German deep house record under the sun, but still wants more? This.”

“I remember a note next to the latest Henrik Schwarz reading something along the lines of: ‘What do you buy the person in your life who has every weak, watered-down German deep house record under the sun, but still wants more? This.'”

Amusing, refreshing and thrilling as we found these devil-may-care disses to be, it also meant we felt a little intimidated. We were, after all, young house enthusiasts, and definitely not experts. Surely we would be torn apart by the store’s prickly staff. Yet the guy behind the counter that day – whether it was Francis Englehardt, Paul Nickerson or one of their other employees I really can’t recall – was perfectly pleasant, and when my more gregarious friend asked his opinion on Kai Alce, the withering insights he offered in response were entirely good-natured. Perhaps we were just lucky. After much happy browsing and listening, we left with about 20 records between us, all of them good, all of them things I still stand by and dig out today. It remains one of my most memorable and satisfying ever visits to a record shop. 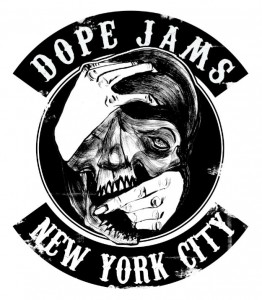 At that point in time, Dope Jams was a well-established local institution, but its notoriety would spread tenfold over the next five years, thanks partly to the internet. Though the store’s succinct website blurbs would rarely if ever deliver the same level of bilious iconoclasm and satire as the placards in the store, its owners’ take-no-shit attitude became the stuff of legend. “I remember going into Dope Jams for the first time asking for an Omar-S record,” tweeted Anthony Naples recently. “They pointed me in the right direction, I went to buy it, and then one of them said I couldn’t have it because I didn’t look for it myself.”

To those who never got to visit the store, a sense of its wisdom and cruelty could be grasped from Engelhardt and Nickerson’s “best and worst of the year” newsletters. The latest, looking back on 2012, tore chunks out of recent records by Carl Craig (no change there), Ron Trent, Glenn Underground. Andres’ ”New 4 U’ was dismissed as “boring house”, and even perennial sacred cows Drexciya got it in the neck: “Every white kid that comes in here talks about how great he is yet can’t show us what dope track they have done. I’ve listened to the comps. I’ve listened to YouTube videos and mp3s people have sent me and I don’t get it. It just sounds like mediocre techno to me. I will never understand why they get the praise they do. ”

“Their smacking down of disappointing or overrated records and artists would be impossible to take seriously were they not equally passionate in their enthusiasm for things they actually liked.”

The worst was saved for Jus-Ed: “Jus-Ed never ceases to amaze. We try not to carry his records but this one snuck in on a Fred P. 12″, maybe we need to establish a full blown Morelli / L.I.E.S-esque boycott of his shit too. He just continues down his path no matter what’s going on around him, there can be 16 inches of snow on the ground and the muthafucka is still cutting the grass. Take this record for example, it has chords that literally make me want to throw the record at someone as well as this incredible bass sound that is so miserably out of place I don’t know what to say. That’s not all. Wait till the piano line comes in. Does he even listen to what he’s making? This is a perfect example of how bad dance music can be! His persistence is admirable though.” 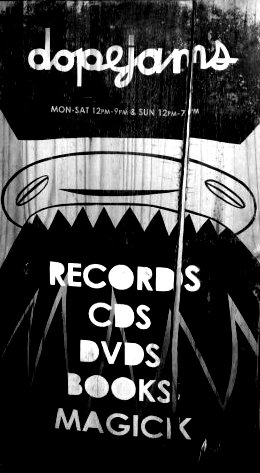 Even if you don’t agree with Dope Jams’ opinions – Andres’ ‘New 4 U’ was FACT’s number one track of 2012, and though his BJC remix wasn’t a favourite, Jus-Ed rarely disappoints in my book – you have to salute their willingness to have their say and go against the grain, often at the expense of sales and the patronage of customers. And their smacking down of disappointing or overrated records and artists would be impossible to take seriously were they not equally passionate in their enthusiasm for things they actually liked. To close, take this effusive paragraph on The Cure from a few years back, which sums up the band’s timeless appeal better than any rock writer ever has, and its last sentence, transferred to the context of dance music, could almost serve to describe Dope Jams’ own defining preoccupation:

“The Cure: quintessential cultural icon of teenage melancholia, the epitome of the romantically naïve pubescent depression that we treat with an equal degree of condescending adoration and agitated annoyance. While critics write off the early work of deeply depressive and awesomely genius bandleader Robert Smith as sophomoric, self-indulgent gloom, the breathtaking lyrical depth and haunting, minimal brand of dark rock continues to weather the test of time as some of the most sincere, deeply introspective and masterfully poetic songwriting in modern musical history. Articulating the daily frustration of unrealized desire, modern material and spiritual alienation and the increasingly fleeting possibility of authentic interpersonal intimacy, Smith’s subject content was relatively singular: the Death of Romantic Idealism, the epidemic disillusionment with the isolated existence that has swept over technologically-interlaced society and left empty, passionless husks of men without recollection of the basic human pleasures of love, sexual desire and quixotic youthful aspiration.”