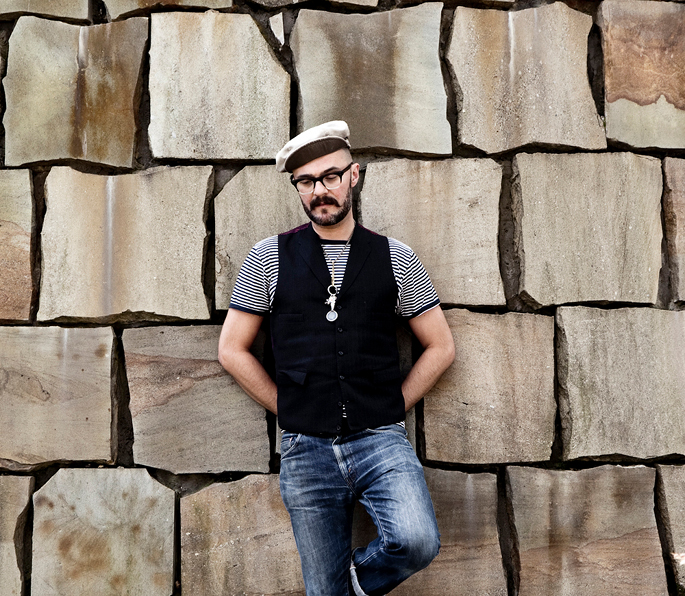 Justin Robertson – or The Prankster, or Revtone, or The Gentleman Thief – has unveiled his first full-length since 2001.

Robertson was a familiar face on the Machester scene in the late 1980s and early 1990s, helming the Most Excellent and Spice club nights. He’s long been a prolific remixer, reworking Björk, Felix Da Housecat, Talk Talk and Erasure. He’s also ridden the trends, fronting big beat combo Lionrock in the 1990s and turning to starry-eyed disco at the turn of the millennium, before settling into a cosy elder statesman role in the past half-decade or so.

As Resident Advisor report, Robertson has announced his first LP since 2001’s Justin Robertson Presents Revtone. The Pilgrim’s Ghost will arrive under his The Deadstock 33s alias, and will feature 11 new “bubbling, rolling, bass driven” tracks.

The Deadstock 33 moniker is a relatively recent addition to the Robertson canon. The nom de plume was debuted in 2009 with the Ascension/Alone EP, and has been used for a string of collaborative 12″s with Stopmakingme (aka Daniel Avery) for Optimo and Tigersushi. Further EPs have also been released on Is It Balearic, Bang Gang and Batty Bass.

The Pilgrim’s Ghost LP will drop on German label Gomma on March 1.