Legowelt asked fans to invent a Commodore 64 game; download his theme tune for the winning entry 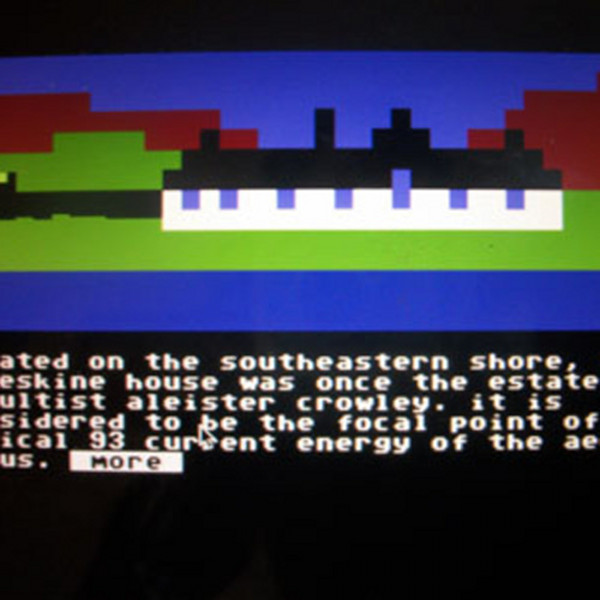 It’s no surprise that Danny Wolfers is partial to vintage games – the man’s in a group called Xamiga, for Christ’s sake – but a little investigation shows that his ardor burns very fiercely indeed.

Wolfers runs the cottage software company PACIFIC MICRO INTERNATIONAL™, under whose banner he recently launched a competition for retro software designers. The winner (beating hot competitors UFO Abduction Syndrome and Mysteries Beyond The Van Oort Cloud) was Englishman Rashid Maheswari’s Loch Ness, a “step in the life of unadventurous researcher that has to find proof that the Loch Ness monster exists”.

Part of the competition prize – as well as having the game programmed and released by PACIFIC MICRO, of course – was a bespoke soundtrack from Wolfers. Last night, said soundtrack hit the web, and it’s a nine minute analogue epic. In Legowelt-speak: “Evil oozes out of the MOS 6581 SID synthesizer chip straight through some vintage juicy ECHOPET analog delay”

For further insight into Wolfers’ odd sideline, cast a glance over this 2011 interview over at Beats And Beyond:

“sometimes I like to muck about with my Commodore 64, programming games. I’m completely useless but it’s very…. uhm…. relaxing and Zen to do, it clears the mind. I’ve got a ZX Spectrum coming in soon and want to try to enter into the comp.sys Sinclair Crap Games competition where you have to make the worst game possible, stuff like Lawnmower Simulator and you get extra points for bad programming and stuff. Maybe I will make an ‘Aspiring DJ/ Producer moves to Berlin and tries to survive’ game ha ha ha…”

The Loch Ness theme is below.