The Mars Volta officially split up 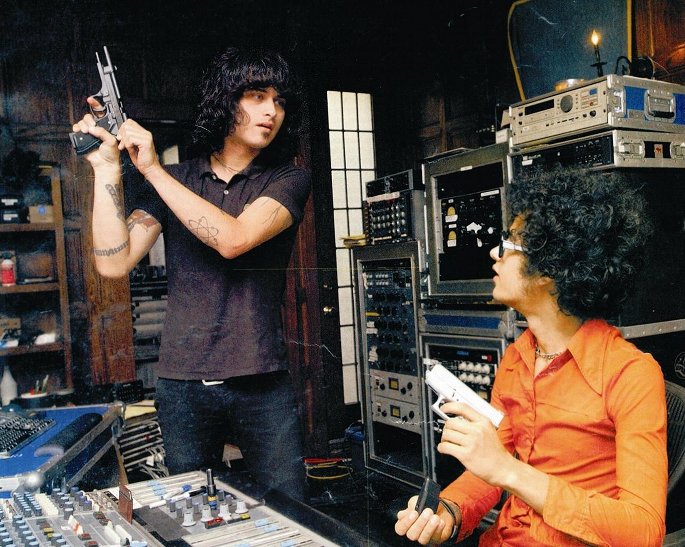 After a period of so-called “hiatus”, Texan nu-proggers The Mars Volta have officially called it a day.

Yesterday, guitarist Omar Rodriguez Lopez unveiled his new band, Bosnian Rainbows, claiming that he’d “decided to focus on this band”. What was tacit in that statement has now been made explicit by TMV partner-in-crime Cedric Bixler Zavala: The Mars Volta are now no more.

As Pitchfork report, the singer used his Twitter account to call time on the band, posting a string of valedictory messages. Bixler-Zavala’s long goodbye reads:

Thank u 2 all VOLTA fans u deserved more especially after the way u rooted for us on this album. I tried my hardest to keep it going but Bosnian Rainbows was what we all got instead. I can’t sit here and pretend any more. I no longer am a member of Mars Volta. I honestly thank all of you for buying our records and coming to our shows. You guys were a blast to play in front of. We could never had done it with out you.

My dream was to get us to the point were Jon Theodore and Ikey Owens came back but sadly it’s over. Thank u a million times over for ever giving a fuck about our band. For the record I tried my hardest to get a full scale North American tour going for Noctourniquet but Omar did not want to.

I guess a break from mars volta means starting another band and ignoring all the support the fans gave us. I tried my hardest guys All I can do is move forward with my music and just be happy that mars volta ever happened at all. God Damn we had a blast. Thank u again. I just feel really guilty for not even really saying the truth because a hiatus is just an insult to the fans. To all our fans all over the world thank you for giving a fuck. You all ruled! I don’t think ill ever hear a fist full of dollars the same. My record will see the light of day soon and I’m excited because it sounds nothing like my previous endeavors.

Rising out of the ashes of At The Drive-In, The Mars Volta debuted with 2003’s De-Loused In The Comatorium. They’ve since racked up a further six LPs, with the most recent being last year’s Noctourniquet. At The Drive-In reconvened for a series of rapturously received performances at Coachella and Lollapalooza in 2012.