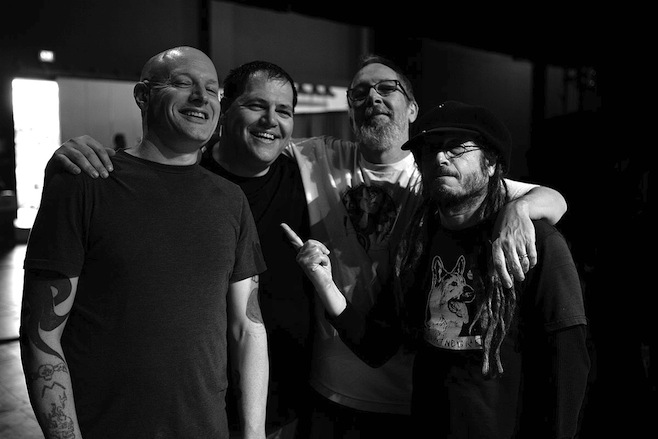 Following the news that the band’s 1979-1980 line-up would reunite for Kent’s Hevy Fest, other members of the revolving-door punk legends have decided to reunite, too.

Pitchfork reports that former Black Flaggers Keith Morris (recently of OFF!), Chuck Dukowski, and Bill Stevenson have joined with Stephen Egerton of Descendents and All to form FLAG.

According to a press release, they will play “sets that pull from all eras of Black Flag’s history.” So far, they have three festival dates announced, but a U.S. tour is expected to follow. Watch a video of this incarnation of Black Flag at a surprise December 2011 show below.