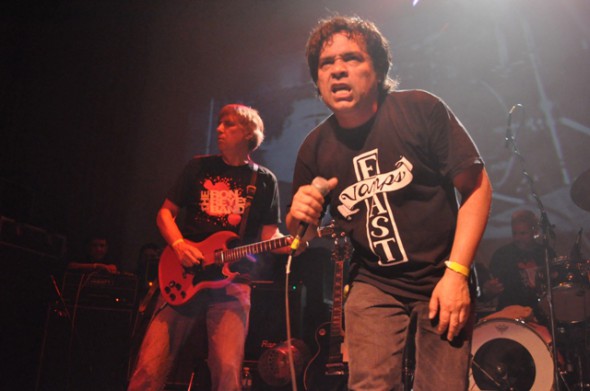 The Jealous Again lineup will do more than just play Kent’s Hevy Fest.

Last week, hardcore punk fans around the world were treated to news of not one, but two Black Flag reunions. It appears the news hasn’t stopped there.

The line-up of co-founder Greg Ginn, drummer Gregory Moore, and vocalist Ron Reyes will continue on as Black Flag. According to Pitchfork, the latter incarnation is “putting finishing touches on a new album” set for release later this year, and will tour the U.S. this fall. In addition to the previously announced Hevy Fest gig, Black Flag will play Ruhrpott Rodeo in Hünxe, Germany on May 18 and the Muddy Roots Music Festival in Tennessee on August 31.

Meanwhile, co-founder Keith Morris will be joined by Chuck Dukowski, Bill Stevenson, and the Descendents’ Stephen Egerton of Descendents in FLAG. That version will play “sets that pull from all eras of Black Flag’s history” and also plans to tour the U.S this year.