Dungeon Acid returns to London with a live set for Xenoglossy 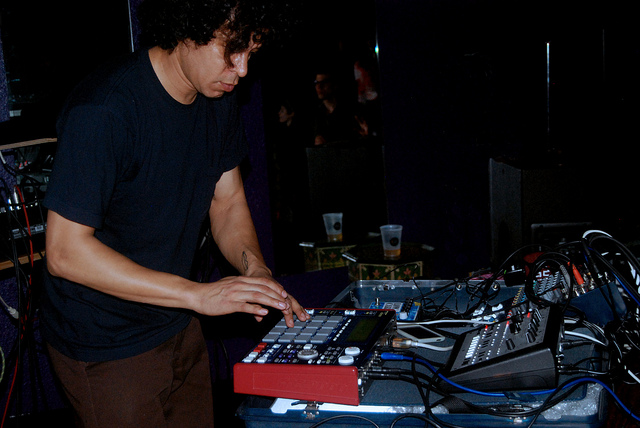 Xenoglossy teams up with Pandora’s Jukebox its first event of 2013 at Hysteria on Kingsland Road, London, on Friday 8 February.

The main attraction is Dungeon Acid, aka sometime Skull Defekt Jean-Louis Huhta. The Swedish artist has built up a healthy cult following for the project, thanks to a number of cassette, 7″ and 12″ releases but mainly because of his incendiary live performances. Improvising with analogue synthesizers, drum machines and effects, Huhta deals in what can only be described as proper acid: raw, driving, alien and compulsively danceable.

He’ll be playing in the basement of Hysteria, while the upstairs is helmed by Recession Sound System. The night runs 10pm-2am and tickets are just £5 here. 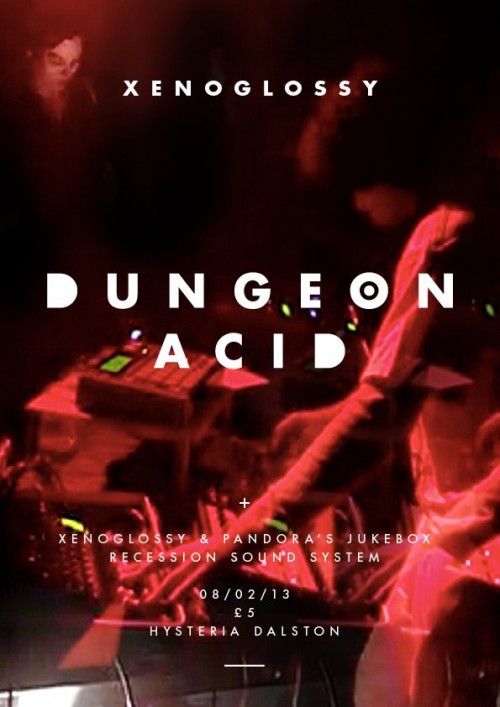