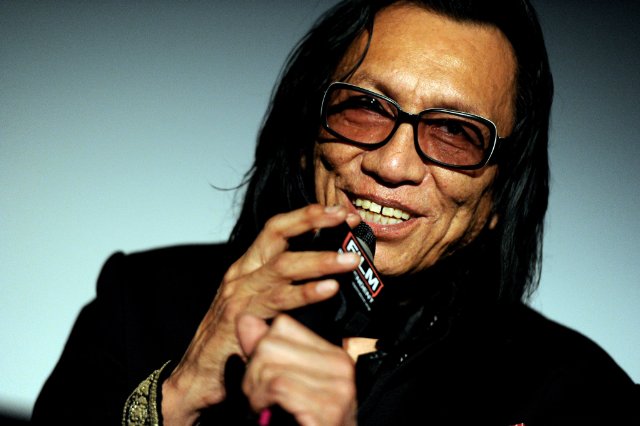 Rodriguez, the Detroit musician profiled in Oscar-nominated film Searching for Sugar Man, is considering releasing a third album, four decades on from his last.

Directed by Malik Bendjelloul, Sugar Man details two fans’ efforts to find out what had become of Rodriguez. Despite his music never taking off in the United States – he was dropped by his label Sussex shortly after releasing his second album, Coming from Reality, though the record was reissued several decades later by Light in the Attic – he became a huge star in South Africa, with no idea of his status there until recent years. Since the film’s release, Rodriguez has enjoyed a renewed success in the States, and will appear at this year’s Coachella festival.

Now, it appears that Rodriguez may finally to follow Coming from Reality. Speaking to Rolling Stone [via The Guardian], he claims to have “written about 30 songs”, and may reunite with Reality producer Steve Rowland to record them. “He told me to send him a couple of tapes, so I’m gonna do that,” Rodriguez continues. “I certainly want to look him up, because now he’s full of ideas.” Rodriguez has been in touch with various labels about a release, but a deal is yet to be signed.

Interestingly, Rodriguez attempted to have references to his third album removed from Sugar Man. “To me it distracted,” he explained. “It almost cheapened the film, like it was a promo film”.