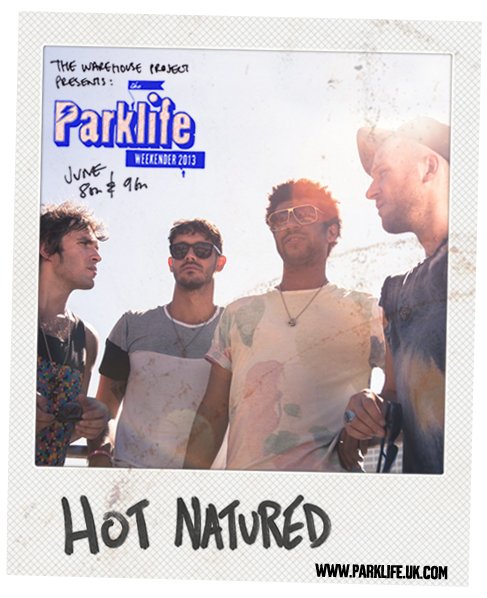 Comprising Jamie Jones, Lee Foss, Ali Love and Luca C, Hot Natured have become one of the house and techno world’s most celebrated acts in recent years, with last year’s single ‘Benediction’ even making inroads into the UK singles charts. This will be the group’s first UK festival show as the Hot Natured band, and the four promise something “very special” for it.

From today (January 31) onwards, Parklife will be announcing an act a day, eventually unveiling the full line-up – which the festival claim represents their “best and biggest yet” – on Valentine’s Day. Parklife Weekender takes place from Saturday June 8 to Sunday June 9; the is venue yet to be announced, but last year’s event took place across six arenas and one main stage at the city’s Platt Fields Park. For (marginally) more information and tickets, click here.